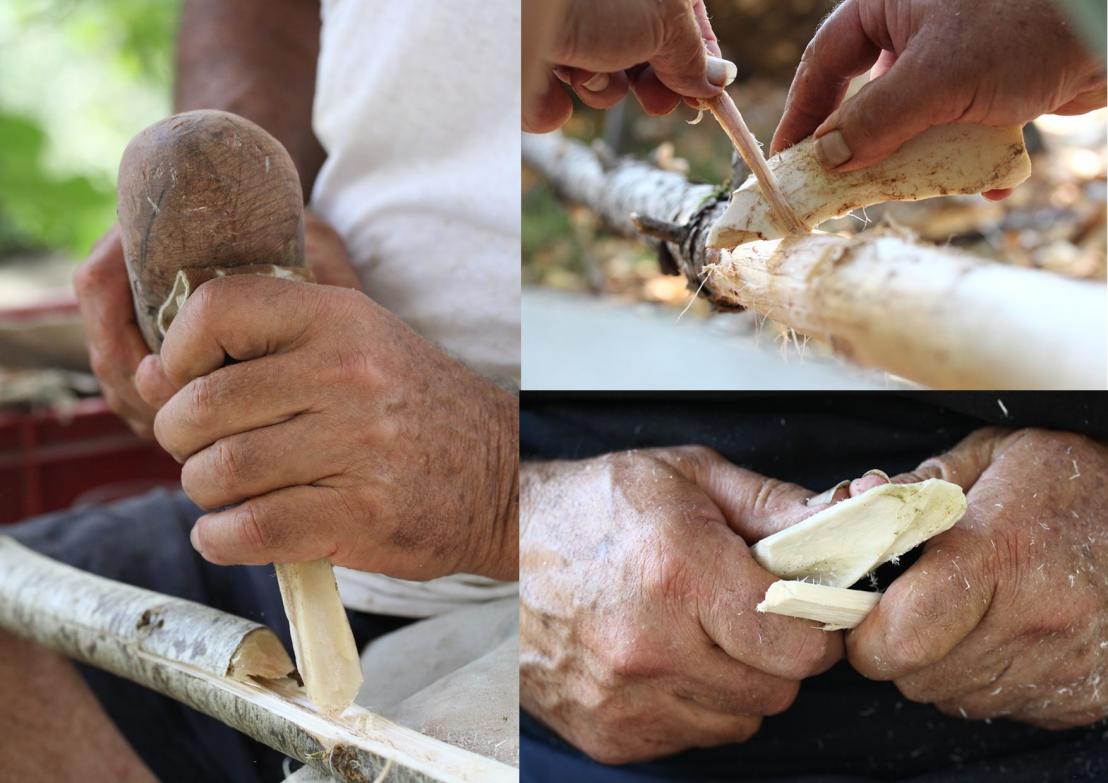 While the jury is still out as to why the Neanderthal, an ancient ancestor of modern humans, became extinct about 40,000 years ago, it has long been assumed that it was because they possessed a low level of intelligence. Pioneering research is challenging this idea, uncovering evidence to suggest that our ancient cousins were in fact much more like us than we thought.

Try to imagine the modern human, Homo Sapiens, as just one of three species of humans coexisting on the planet Earth. That’s a difficult picture to paint by any stretch of the imagination. Yet this was the reality 60,000 years ago, when the first anatomically modern humans left Africa. It was a time when Europe and the Middle East were already populated by the Neanderthals, while the Denisovans spread across large parts of Asia.

Ever since the discovery of the Neanderthal 1, the first specimen to be recognised as an early human fossil in 1856, researchers have been trying to figure out what brought about the extinction of earlier species of humans. For a long time, paleoanthropologists viewed Neanderthals as being very distinct from our own species, and inherently incapable of sharing the “modern” characteristics that came to define our own evolution.

A substantial and rapidly growing body of research is putting this “dumb brute” conception of the Neanderthal firmly to bed: there is evidence to show that they were a sea-faring people, skilled cooperative hunters, and possibly even capable of medical treatment and healthcare. These discoveries are adding to the complexity of understanding why Neanderthals died out and the modern human survived; if the differences between the two species were much smaller than previously assumed, what gave the modern human the competitive advantage over our ancient cousin?

How “modern” is modern?

‘It is widely accepted that there is a difference in terms of modernity between Neanderthals and modern humans,’ said Guillaume Guérin, research scientist at Geosciences Rennes. ‘But I think the more we look at these different criteria and trends that could be characteristic for modernity, actually there is not so much difference between the Neanderthals and modern humans.’

Take the ability to fashion fully shaped objects out of bone material, for example. Dr Malvina Baumann of the University of Liege explains that the seeming lack of bone industry among the Neanderthals for many years was considered as a cognitive gap, another key difference that sets the modern human above the Neanderthal. However, a new analytical method developed by Dr Baumann has uncovered a rich bone industry that can be attributed to both the Denisovans and the Neanderthals. The discovery that our ancestors knew how to use both stone and bone tools  to cover a variety of needs opens up a whole new perspective on the richness and “modernity” of their technical systems.

For Guérin, “modernity” is best understood as a spectrum, rather than the sheer absence or presence of specific defining features. ‘We can find rock art, sea-faring technology or evidence that suggests that Neanderthals were able to navigate, as well as evidence of burials and even long-distance interactions; all of these actions that have been considered traits of modernity are present in the Neanderthal world to some degree,’ he said.

New dating methods could revolutionise our understanding of Neanderthals

Until now, an obstacle to fully understanding the behaviours of Neanderthals is the fact that two critical parts of the equation have eluded scientists: time and space.

‘When you look at Neanderthals, you have no map of their dispersal across Europe at a given time and you have little knowledge about their evolution,’ explained Guérin. ‘Although we have found many tools and artefacts specific to Neanderthals, we don’t know which came first and which came later, and if the fauna they hunted evolved over time following clear patterns or not. And that’s essentially because we have radiocarbon to work on modern humans, but we don’t have it to study Neanderthals.’

“When you look at Neanderthals, you have no map of their dispersal across Europe at a given time and you have little knowledge about their evolution. Although we have found many tools and artefacts specific to Neanderthals, we don’t know which came first and which came later, and if the fauna they hunted evolved over time following clear patterns or not. And that’s essentially because we have radiocarbon to work on modern humans, but we don’t have it to study Neanderthals.”

Radiocarbon dating is a traditional technique for dating fossils. It’s based on the presence of carbon-14, a radioactive isotope of carbon that accumulates in the bodies of animals throughout their lifetime, and gradually decays after they die. By measuring the amounts of carbon-14 left in a specimen, scientists can calculate how old it is. The problem with this method arises with samples that date back further than 50,000 years, by which time the carbon-14 remains will have completely decayed; and Neanderthals were around much earlier than that.

A physicist by training, Guérin uses luminescence dating as his main tool for analysing archaeological remains. While not as precise as radiocarbon, luminescence dating dates crystalline materials to the last time they were exposed to sufficient heat or sunlight, with a dating range of up to 200-500,000 years.

‘With a mathematician colleague, we developed statistical models to better analyse the data and improve the chronology and resolution of luminescence dating to make it, not as precise as radiocarbon, but a lot more precise than it used to be,’ explained Guérin. Using this method, the team behind the QuinaWorld project, led by Guérin, is studying remains of the Quina Mousterian, a lithic technology associated with the Neanderthals. ‘It looks like there is something quite singular with this particular industry that could be linked with a particular climatic period,’ said Guérin. ‘The industry is associated with reindeer remains, and we’re talking about a huge number, implying that the Neanderthals killed dozens of reindeer at a time. And this gives us something quite specific to go on.’

Gaining a better understanding of Neanderthals’ hunting strategies can provide important insights into their general social and behavioural patterns. ‘Reconstructions of early weapon technologies do not only allow assessing past hunting strategies, but also the technical and cognitive capacities of Palaeolithic hominins,’ said Dr Karen Ruebens of the Max Planck Institute for Evolutionary Anthropology. For example, the appearance of projectile technologies, such as stone-tipped spears, made it easier to hunt prey from a distance and increased the Neanderthals’ chances of surviving the hunting trip. That’s why the innovation of tools like the spear is considered a “tipping point” in human evolution and believed to have triggered major economic and social transformations, including the ensuing global success of modern humans.

“Reconstructions of early weapon technologies do not only allow assessing past hunting strategies, but also the technical and cognitive capacities of Palaeolithic hominins.”

Yet, while we have ample faunal remains from hunting events to suggest that Neanderthals were skilled hunters, we find only sporadic occurrences of projectile weapons. This leaves us with a host of unanswered questions as to how Neanderthals brought down their prey. As part of the TIP-N-POINT project, Dr Ruebens and her team therefore wanted to get a better understanding of how Neanderthals used stone weapons in hunting. They analysed two collections of stone artefacts from a site in France, and when they compared the two assemblages, some interesting differences emerged: in one of the assemblages there was evidence that the Neanderthals had further retouched the edges of the points they produced out of stone, while in the other assemblage the points appear to have been used without further modification. Further study of the former showed that the retouched tools were associated with a diverse range of animals, while the unmodified points were linked predominantly with reindeer remains. This is an intriguing find that underscores the importance of continued research into the links between lithic variability and faunal diversity.

‘At a broader regional scale,’ says Dr Reuben, ‘it is clear that points are not ubiquitously present in the Neanderthal archaeological record in western Europe and hunting with stone-tipped spears was not practiced by all Neanderthal groups. Understanding regional differences in Neanderthal behaviour, acknowledging that they were doing different things at different times in different regions, is important in understanding their behavioural flexibility.’ This can ultimately shed light on how they responded to the arrival of modern humans in Europe.

The first regional cultural entity in the history of Europe?

For Guérin, important answers to open questions about Neanderthal behaviour and the species’ evolution could be found in studying the Quina Mousterian. Remains of this Neanderthal technology have been found across Europe, from Spain to Germany. If dating Quina Mousterian remains using the new luminescence dating techniques reveals that they are all from the roughly the same period, that could be an indicator that skills and knowledge were shared more broadly among Neanderthal groups than is currently thought; and that could be the sign of a culture that spread across our continent. ‘We are working under the assumption that perhaps the Quina Mousterian is a marker of what was quite an elaborate and developed culture,’ said Guillaume.  ‘And this could mean that the first Europe in cultural terms could have been the Europe of Neanderthals rather than modern humans.’

“We are working under the assumption that perhaps the Quina Mousterian was quite an elaborate and developed culture. And this could mean that the first Europe in cultural terms could have been the Europe of Neanderthals rather than modern humans.”

Rather than settle the question of how and why the Neanderthal became extinct, it seems likely that continued research into the lives of our lost cousins will only add more nuances to their behaviour and capabilities, opening intriguing questions about our own evolution and presence on planet Earth.