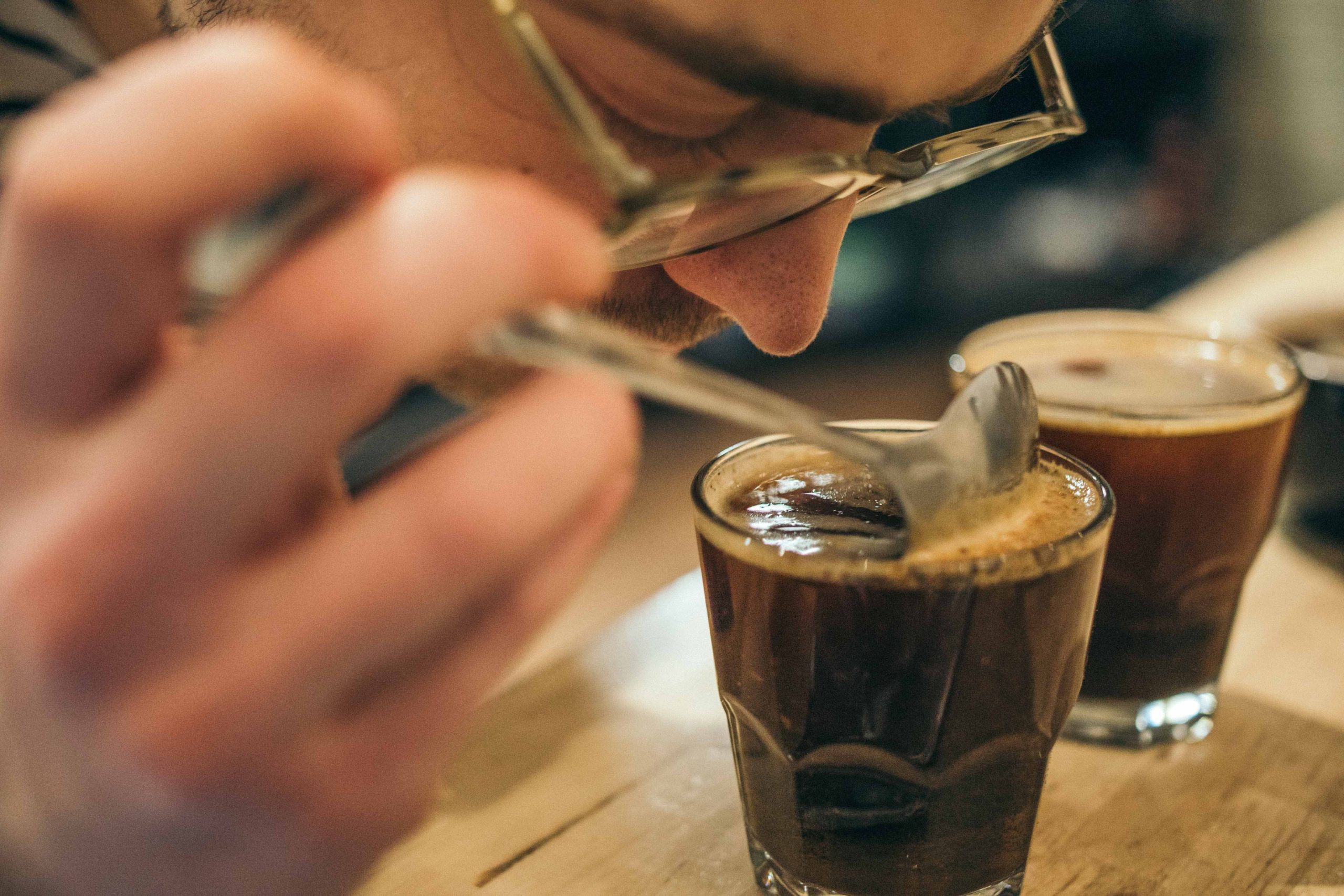 There’s no sense quite like smell to trigger an emotional response. One whiff of a damp basement, a dusty blanket, a ripe strawberry, or a steaming bowl of pasta can instantly evoke feelings and memories that have their roots in the distant past. Yet when it comes to learning about bygone times, we barely give a thought to the vapours that once prevailed – galleries and museums are the domain of artworks that appeal to our sense of sight, rarely reminding us of how things smelled – fragrant or foul – when our forebears walked the earth.

As the idea of preserving sensory heritage quietly catches on in the cultural and museum fields, an ambitious project aims to investigate how scents defined communities in the past. ODEUROPA is the first pan-European initiative to use artificial intelligence (AI) to create a library of historic smells. The research team plans to bring some of these aromas from the 17th and 18th century back to life and to preserve them, either by finding words that accurately describe them or by using modern scientific processes to recreate these smells in the lab.

‘One of our aims is to make cultural experiences more tangible,’ explained Inger Leemans, professor of cultural history and project lead of ODEUROPA at the Royal Netherlands Academy of Arts and Sciences (KNAW). ‘Smell is a very direct route to people’s connection with the past. We want to help people find out about the role it played long before they were born, and to safeguard these smells for the future.’

ODEUROPA is focusing on the period between 1600 and 1920 given the availability of copyright-free images and texts but also because of the major shifts that took place such as industrialisation and the advent of deodorisation. This period is also rich in olfactory data with smell considered an instrument of knowledge, says Prof. Leemans.

Computers will be trained to forage through digital collections of historic art and literature, and zero-in on references to smells. The researchers will then use this AI-generated information to produce a digital open source archive of scents alongside their meaning.

In time, the project’s heritage scientists also plan to create a physical library of aromas, from which bottled scents will be distributed to interested museums. The idea is for smells and artwork to work in tandem to give visitors additional information and an enhanced visceral experience. To make the aromas, the project’s chemists will either amplify tiny samples of surviving scent, such as traces of powdered tobacco extracted from a snuff box, or use the information from the data they collect to create a chemical blend that closely resembles a lost smell.

‘Some scents will be interpretations of smells, historically informed, but made with a degree of imagination,’ explained Cecilia Bembibre, who is working on the project as a heritage scientist from the UCL Institute for Sustainable Heritage in the UK.

However, the main objective of the project’s heritage scientists is to treat smells as expressions of heritage, and to document (along with information on a scent’s chemical and sensory characterisation) the value and emotional response a given scent triggered in people living in a given place in Europe at a given time. The idea is for a written interpretation of these smells to be accessible and relevant to future generations in an archive of smells.

Today, many of us dwell in urban centres where few of the odours experienced by our ancestors hang in the air to either delight us or turn our stomachs, so there’s little sense that we’re missing out when we stand before a lifelike painting and engage with it solely through our eyes. But if odours are added to an exhibition in a way that dovetails with visual scenes, onlookers will learn so much more, says Prof. Leemans.

‘Smells provide new and highly evocative narratives,’ she said, adding that not every olfactory story is a pleasant one.

‘It might be a church filled with incense, a canal laden with sewage, a 17th century coffee house, or a bleachfield (an open area in the 18th century where cloth was spread out and whitened with human urine, sour milk and lye). If we find a lot of writing where people are complaining about the smell, we’ll trace the sentiment around to see what we can learn about life as it was then.’

ODEUROPA, which launched earlier this year, involves seven European partners with expertise across a range of disciplines, from history and art history to computational linguistics, the semantic web, computer vision, heritage science and chemistry.

‘All these teams are facing different challenges,’ said Prof. Leemans. ‘The first obvious one is, how do you teach a computer to find smell-related references in books and images? Hardly anyone in computer science has developed methodologies for tracing scent information, and certainly not for historical texts and in different languages.’ She says four of their teams are busy in this area, developing annotation schemes where humans train computers to find scent- related information in both texts and images.

Another team is tasked with cataloguing and classifying the scent references uncovered by AI, finding words to describe historic smells for a contemporary audience. ‘For each smell, you have to decide ‘who is the nose?’ (that is, who is doing the smelling) and what was attached to the experience of smelling,’ said Dr Bembibre.

As it happens, people do a lot of smelling, as well as there being copious smell references, in paintings from the past, which is helpful for the researchers attempting to create a coherent picture of the aromas that wafted through the air in a particular place at a particular time. ‘You see biblical figures pinching their noses around the grave of Lazarus or the gates of hell; the three magi offering fragrant resins like myrrh and frankincense to the baby Jesus; Mary Magdalene balming Jesus’ feet with spikenard; smoky coffee houses; powdered wigs; perfumed gloves; heaps of dung and chimneys of factories fumigating their odours,’ Prof. Leemans said.

‘This all helps us build pictures of fragrant places.’

Prof. Leemans says maintaining a connection with our heritage is one powerful motive for preserving smells – another is standing up for the democratisation of museums. Scent-enriched tours will be accessible to blind and visually impaired people in a way entirely visual exhibitions can never be.

‘Scent allows us to walk away from the canonised and weaponised history that comes with statues of men, and instead you have groups of people sharing knowledge and communicating through scent – for instance, they might discover what cities smell like, or should smell like, and everyone will feel equally included,’ said Prof. Leemans.

‘Smell is a very direct route to people’s connection with the past. We want to help people find out about the role it played long before they were born.’

While the desire to preserve scent may be new to many, the idea is quietly gaining favour in parts of Europe. At the exhibition Fleeting – Scents in Colour, located in the Mauritshuis museum in the Netherlands, visitors are treated to a see-and-smell historic tour of the world. The pandemic has not deterred the museum’s curators; now people can pay to have a fragrance box delivered to their homes, giving them a chance to immerse themselves in the pong and perfume of the 17th century as they tour the exhibition online.

Another step to safeguard smells that characterise a certain way of life was recently taken in France, when a law was passed to protect the sounds and smells of the countryside. This followed years of complaints that the prevailing sensescapes were offensive. Nearly all the complaints, and the lawsuits that resulted from them, were brought by new arrivals from the city. The new law aims to define and protect the sensory heritage of rural France.

‘People moving to the countryside were protesting about the sound of roosters and the scent of manure, but now this important connection between animals and humans will be protected,’ said Dr Bembibre, adding that maintaining a link between humans and the smell farm-reared animals can play an important role in animal welfare.’

Prof. Leemans added: ‘In some countries, there’s a lot of discussion about smaller towns being shielded from the farms that raise the animals they eat, but people have less affective connection (positive emotional bond) with the animals inside when they can’t smell them – they don’t think about or feel responsible for the treatment of the chickens inside a poultry farm when they’re completely sealed off.

‘There’s a strong argument to hold on to the smell as this is an important way to sensitise people to what is happening in the animal world around them.’