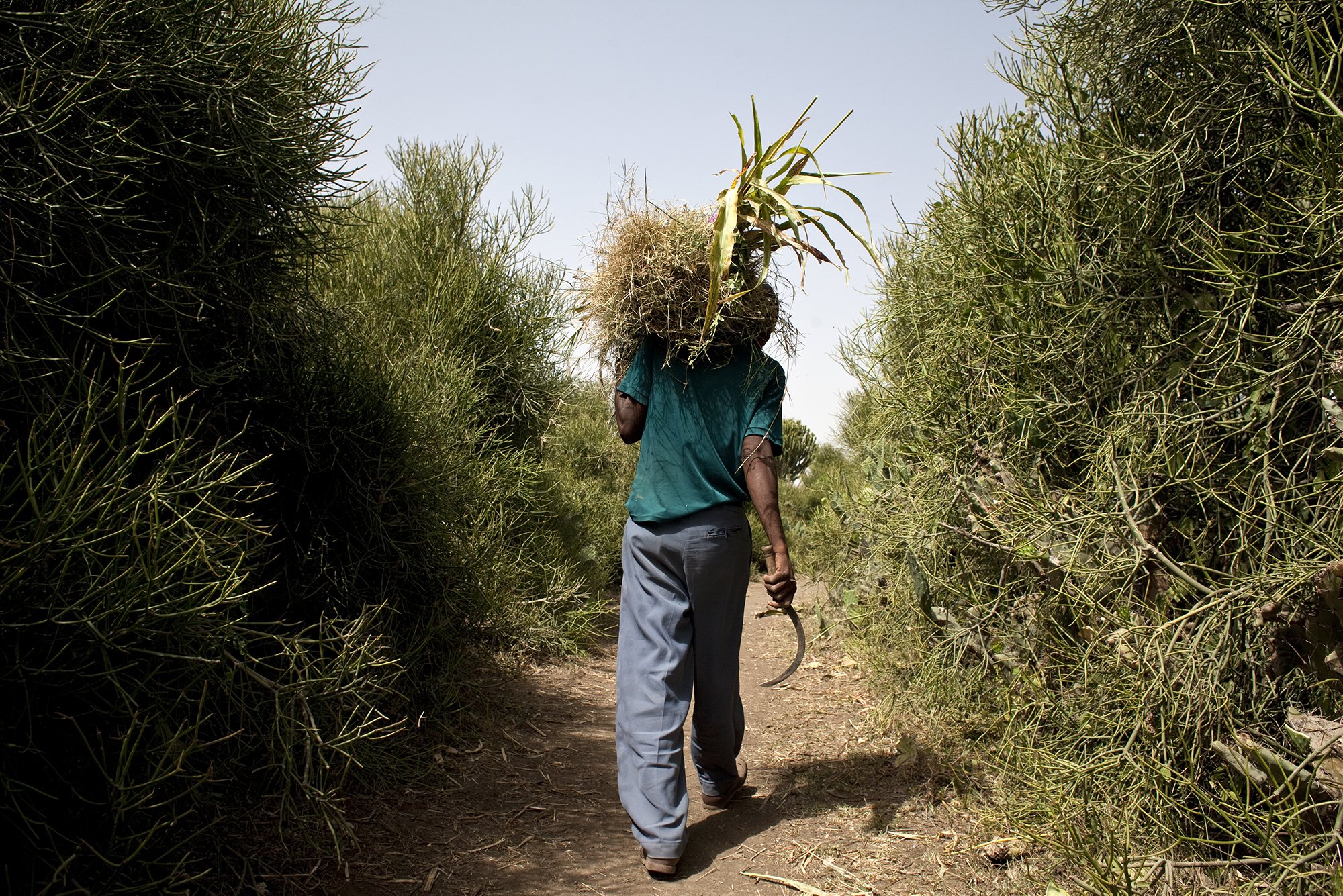 Cereal grains have been the main component of human diets for thousands of years, with rice, wheat and maize being the most consumed grains worldwide. However, as the global population continues to increase, underutilised cereal crops could help meet dietary needs. Researchers are now investigating how African cereal crops could be cultivated more effectively and adopted more widely as sources of food.

Grains such as teff, millet, and sorghum are mostly grown and consumed locally in certain African countries. However, there is interest in cultivating them in Europe and elsewhere as new sources of cereal since they are highly nutritious.

Teff grains, for example, are rich in calcium and protein as well as iron, containing levels almost five times higher than wheat or any other cereal. This could be especially beneficial to prevent iron-deficiency anaemia, which is common in women. They also contain carbohydrates that are digested slowly, which is ideal for people with diabetes to help maintain low blood sugar levels. In addition, most African cereal crops are gluten free so they can be consumed by people with coeliac disease and irritable bowel syndrome. ‘There are so many health and nutritional benefits,’ said Dr Aiswarya Girija, a research fellow at Aberystwyth University in Wales, UK.

Furthermore, many of these African cereal crops can adapt to extreme weather conditions caused by climate change. Yields of staple crops such as wheat, rice and corn are already being affected by rising temperatures and are expected to continue to decline. Corn crops are expected to take the biggest hit, where yields could decrease by up to 7.4%. Traditional African crops could therefore become new alternatives to supplement this loss. ‘If you want to grow teff in a harsh environment like a drought-prone area, it grows well,’ said Dr Girija. ‘It’s also resistant to waterlogging.’

However, the cultivation of African grains needs to be improved if they are to be grown more widely. Wheat and maize, for example, are increasingly being grown by African farmers since they can obtain varieties that have been genetically modified to be pest-resistant, which saves on pesticide costs. In addition, traditional African cereal crops often produce low yields, mainly because they have not been bred to improve their productivity. ‘There has been concern in Africa that traditional crops are being lost, as farmers are increasingly cultivating wheat and maize,’ said Dr Raija Lantto, a research scientist at the VTT Technical Research Centre of Finland in Espoo.

Better cultivation practices could help. As part of the InnoFoodAfrica project, Dr Lantto and her colleagues are collaborating with smallholder farmers in Ethiopia, Kenya, South Africa and Uganda to strengthen their cultivation skills, with a focus on training women and young people. They will be examining how practices can be improved to increase crop productivity and new strategies for pest control, for example.

Research is also needed to better understand how cultivation can be perfected. Dr Girija and her colleagues are focusing on teff yields and investigating how they can be improved as part of the SUPERTEFF project. One of the main problems is that teff plants, which are long and slender, often bend over when growing due to buckling of the stems or roots, known as lodging. This typically happens before grains are fully formed so it has an impact on yields. ‘It prevents the seeds from getting mature and eventually leads to poor quality of seeds,’ said Dr Girija.

The team will be using CRISPR gene editing technology to try and tackle the problem. They will target certain genes in the teff plant that are associated with lodging and disable them using a technique called knockout. They want to investigate whether this has an effect on lodging or could make the plant more resistant to it. ‘It’s quite challenging because not many genetic transformation experiments have been done in teff,’ said Dr Girija.

Another goal of the project is to screen the teff genome to identify varieties with beneficial characteristics. Using metabolomic and genome sequencing approaches, Dr Girija and her colleagues will attempt to pick out traits linked to higher nutritional value or that may help the plant deal with environmental stress, for example. This will help to pin down varieties that are best suited for breeding programmes that will aim to improve the quality of teff, which has yet to be done. ‘We’re actually in the beginning of a long-term programme which is going to develop new varieties and new approaches that we’re going to roll out across Europe and North Africa,’ said Prof. Luis Mur, director of research in biology and health at Aberystwyth University and a member of the project team.

So far, Dr Girija and her colleagues have been investigating the mechanisms that allow teff to tolerate drought. They conducted experiments with 11 different varieties of teff using metabolomic techniques, which involve identifying and quantifying the amounts of different small molecules and chemicals in the plant’s tissues. Their results showed that different varieties of teff had varying levels of flavonoids – metabolites that are known to help plants protect themselves against various stresses such as pathogens or dry conditions. They were able to identify one variety that was able to maintain the same flavonoid levels in severe drought conditions. The findings from this study could help with the selection of tolerant varieties that can be cultivated in countries with extreme environments, says Dr Girija.

Apart from improving cultivation, another challenge will be to introduce African cereals into people’s diets. InnoFoodAfrica is aiming to develop prototypes of new foods that incorporate traditional crops such as finger millet, sorghum, teff, fava bean and amaranth. ‘They must be ready-to-eat or easily-prepared meals and they must be affordable,’ said Dr Lantto.

So far, members of the team based in Africa have developed different flours using the leaves and grains of these crops. The flours were then shipped to Europe for analyses using advanced technologies, for example to pin down their nutritional content. The team aims to show that these crops can be transformed into other forms while retaining their high nutritional value. Project partners have already developed food products such as whole-grain pasta, baked goods and crackers using the flours.

Dr Lantto and her colleagues are also interested in finding uses for all the parts of these crops. Seed hulls, leaves and straw, for example, are currently discarded or fed to animals. But they could be turned into bio-based plastics that can be used as food packaging. ‘The food people grow in the fields can then be better protected from weather and pests and can be stored more easily,’ said Dr Lantto. ‘So there is a circular economy dimension to this project as well.’

The team is working on collecting more data about these crops’ unused parts. They need to analyse the contents to confirm if they would be suitable for producing bio-based packaging, for example. In addition, they plan to quantify the amount of waste material in different locations to assess whether there is enough of it to be commercialised. ‘This knowledge is non-existent at the moment,’ said Dr Lantto.

Dr Lantto hopes that knowledge acquired from the food part of InnoFoodAfrica will help both European and African entrepreneurs to develop new edible products that can be sold internationally. The team plans to create a virtual platform where they will share what they have learned during the project.

Introducing new nutritious food products could especially help in urban areas of Africa. Obesity and unhealthy eating habits are a growing problem on the continent, with people often consuming a lot of fast food, high in fat and sugar. ‘We need to guarantee that the knowledge is taken further after the project,’ said Dr Lantto. ‘If Africans can keep these traditional crops in cultivation and increase [yields] it could help solve the worsening nutritional situation.’