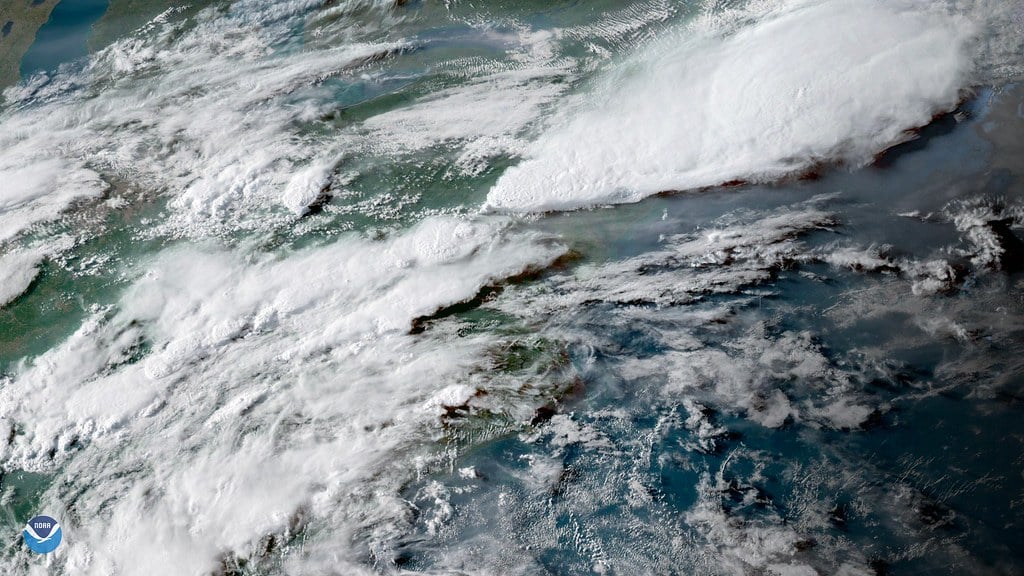 Rogue waves that strike without warning across the Mediterranean and elsewhere may become more frequent as the climate changes, early-stage research suggests.

A meteotsunami is a form of tsunami generated by atmospheric conditions, and it can strike any coastline adjacent to a sea floor with a long, shallow shelf. They are not as massive, nor as well-known, as ordinary tsunamis, which are caused by earthquakes in the ocean floor, and they are more localised. But they can damage property and endanger human life.

A meteotsunami in the harbour of Ciutadella on the Spanish island of Menorca in 2006, for example, sent yachts crashing into each other and then dumped them on the harbour floor as it drained away, causing tens of millions of euros in damage. Meteotsunamis also feature in local legends – one meteotsunami in sixteenth century Croatia swept away the bridge that linked two sides of a village bringing them to their senses over a feud that had arisen between them.

Researchers already understand the conditions that trigger such tsunamis, according to Professor Jadranka Šepić, an assistant professor and meteorologist at the University of Split, Croatia.

At the coast, there must be a drop down to a shallow shelf of up to 100m deep that juts out at least a few tens of kilometres into the sea. Such a feature is found on the east coast of the United States and in the channel between France and England, for example.

This shape has an effect on the speed of long-ocean waves – those that travel over long distances rather than the wind-caused breakers that hit the shoreline every few seconds. When these 10km-long waves reach this kind of shelf they slow down to a speed of 50 to 110 kilometres per hour, depending on the depth.

Crucially, this can be slow enough to match the speed of atmospheric gravity waves above them. If the two speeds coincide, and if the two sets of waves then synchronise, energy from the atmospheric wave siphons down into that of the wave in the water, ‘and this wave in the sea grows bigger and bigger, kind of like a resonance,’ said Prof. Šepić.

‘So at the surface it looks fine, but at high levels there is something happening that is more energetic.’

But what causes those atmospheric waves is less well understood, says Prof. Šepić. She leads a project known as SHExtreme to discover the processes behind them and whether they will be more common as the climate changes.

If they increase in incidence, she points out, then there will be a corresponding increase in the incidence of the biggest meteotsunamis. What’s more, because of sea level rise, they will have a further reach than today.

‘The first thing is they will happen from a higher sea level so they will be more dangerous,’ said Prof. Šepić. ‘But the second thing we need to check is what will happen to these atmospheric waves – will they happen more often or less often? If they happen less often it could happen that these two events cancel each other … but if we have … more of these favourable atmospheric processes then there is a problem: you have a meteotsunami which is more likely to happen and which will start from a higher level.’

SHExtreme is collecting evidence of previous such waves and comparing them with the atmospheric processes going on at the time.

To do so requires tidal data which has been collected by mechanical tide gauges as far back as the 19th century, and is now mostly recorded through digital radar and pressure sensors on the sea floor.

For the more historical work, however, there was a hitch. Tables of sea level data before around 2010 register the height only every hour. This is too coarse a measurement because a meteotsunami could roll in, do its damage and depart in just a few minutes.

Because of this, Prof. Šepić has had to find the original analogue charts – made by a needle wavering up and down a rotating cylinder – from which the tables were compiled. She is working through these records for the whole of the Croatian coast. Colleagues, meanwhile, have done the same for Finland.

Since 2010, the International Oceanographic Commission has been providing sea level height measurements taken around the globe every minute. So Prof. Šepić’s team is prioritising study of this period, looking for patterns in the data such as seasonal distributions and the breadth of coastline affected.

So far, the team has shown that Mediterranean meteotsunamis tend to be stronger in the summer. Despite calm conditions at ground level, fast winds of dry air from Africa can be racing through the atmosphere some 1,500 metres up and this is what seems to trigger the atmospheric waves.

‘At the surface it looks fine, but at high levels there is something happening that is more energetic,’ she said. Testing this theory for Spain’s Balearic Islands coasts, she said ‘we were able to show that, if you have this situation in the atmosphere, there is a very high chance that a meteotsunami will happen – this situation almost always generates these atmospheric waves’.

The next step is to consider the future. There are many simulations of how the atmosphere will behave under climate change. For the Balearic Islands, the worst-case scenario of one simulation revealed a 30% increase in the number of days favourable to meteotsunamis because of an increase in the number of days during which there are these high-level winds.

Looking at more simulations is something she plans to do in the next couple of years.

Scientists in the United States think they have made a breakthrough in forecasting meteotsunamis, at least for Lake Michigan. In April 2018 the beach town of Ludington was drenched by a wave that damaged boat docks and homes, flooded intake pipes – and could have carried away beach-goers if it had happened a little later in the year.

His team reported in late March that, using photos taken by a local resident, and other data, they should, with existing forecasting tools, be able to predict such an event minutes to hours in advance.

Prof. Šepić says that forecasting is already in place for the Balearics but they are ‘often wrong,’ because they are based either on a statistical chance according to the atmospheric conditions or on models that cannot give precise forecasts of atmospheric waves at small scale.

SHExtreme may change that. At the very least, Prof. Šepić said, ‘we hope we will be able to show which parts of the European coast are in most danger now and also in the future.’

Just how are our seas changing and rising with climate change and the melting of Earth’s ice caps? In this three-part series, we look at the past, present and future of extreme sea level rise. In part three we will look at how habitants of cities with high flood protection are paradoxically put more at risk of extreme flooding. In part one, we looked at what the last interglacial can tell us about extreme sea level rise.