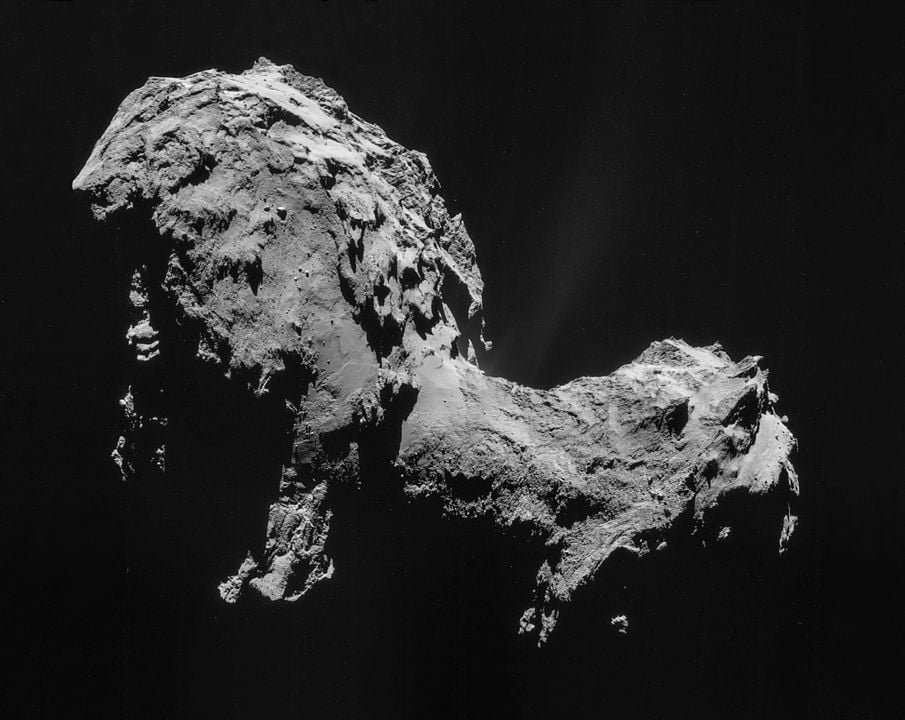 As anyone who has ever tried to clean a home knows, ridding yourself of dust is a Sisyphean effort. No surface stays free of it for long. It turns out that space is somewhat similar. Space is filled with interplanetary dust, which the Earth constantly collects as it plods around the sun – in orbit, in the atmosphere, and if it’s large enough, on the ground as micrometeorites.

While specimens may not be large, it turns out such dust particles are reforming scientists’ conception of asteroids and comets and are enough to reconstruct entire scenes in the history of the solar system.

Asteroids and comets are primitive bodies left over from early in solar system formation, so the more we can know about their composition, the more we know about where they formed. Those asteroids that formed in the same neighbourhood as comets tend to be closer in composition to them.

Trying to break down the asteroid-comet continuum and categorise how similar asteroids could be to comets is what Dr Pierre Beck is doing in the SOLARYS project at France’s University of Grenoble Alpes.

There are about a million asteroids registered officially and there should be many more, he explains.

‘Traditionally, these objects have been thought of as the most primitive in the solar system. You can look at the ingredients and see what was there, how they were accreted and how they were formed a long time ago.’

Similar primordial material that formed Earth or Mars has experienced geological activity and been fundamentally changed by conditions like heat, pressure and erosion.

Using samples of interplanetary dust collected from high in our stratosphere and micrometeorites from pristine locations like Antarctica, Dr Beck is using a new method of infrared spectroscopy combined with atomic force microscopes to examine their spectra and properties on the micrometre-scale.

Like an archaeologist placing artefacts from a dig site, he can then compare those results to existing data from asteroids in space. ‘When you’re a geologist and you find a rock, you have an outcropping and try see the rock in its context,’ Dr Beck said.

‘In the past we thought asteroids are rocks, comets are icy. But now we see that there are comets that are almost inactive…and there are asteroids that are active.’

Using changes in infrared laser light on samples that are just 10-20 micrometres, his team can for the first time pick out silicate minerals and organic compounds without using harsh chemicals that would disturb the material. They also construct bigger models of the samples in the lab to refine what to look for to identify and categorise asteroids and comets with ground-based telescopes.

What they have found in the dust are complex organic polymers, rich in hydrocarbons and elements like nitrogen and oxygen or sometimes deuterium (heavy water).

Studying the chemical composition of these samples should help him to learn more about asteroids’ origins as well as the difference between D-type asteroids, dark and difficult to detect bodies, some with icy interiors, which originate around Jupiter and beyond, and icy comets.

‘If we understand that, it will tell us what the outer solar system is made of and more about the initial stuff that came into the solar system.’

Knowing where certain organic dust types can be found could even help future space probes.

‘You could view some of these asteroids as a fuel source,’ he said. If there are reduced organic compounds, he says, they could be used as a source of energy.

The presence of such compounds in interplanetary dust is just one thing making scientists wonder if asteroids and comets aren’t necessarily so different after all. Dr Jessica Agarwal at the CASTRA project thinks there may be overlap for other reasons, too.

Using data from the European Space Agency’s Rosetta probe that studied Comet 67P/Churyumov–Gerasimenko and from astronomical telescopes, Dr Agarwal and her team at the Technical University of Braunschweig in Germany looked at how comets and asteroids actively emit material into space.

Using data from several instruments onboard Rosetta, Dr Agarwal’s team has been able to model the properties of cometary dust in the environment of Comet 67P. They found that the dust particles could be loose aggregates of micron-sized silicate and sub-micron-sized carbonaceous components.

‘We are also observing huge boulder-size materials coming out from Comet 67P, coming from certain specific places on the surface…a fountain of boulders,’ Dr Agarwal explained.

Comets are not the only bodies to emit material. Take the case of asteroid 288P. A so-called active asteroid that emits dust, from a distance it looks like a comet with a dusty tail.

‘The weird thing about 288P was that its nucleus looked double…and in the end, I thought, well maybe it’s a binary?’ Dr Agarwal said. ‘We had to wait a couple of years to reobserve it from close up, and then in 2016 we got more Hubble time and really saw that it was two components.’

Their measurements determined that this first-of-its-kind asteroid to be observed is comprised of two similarly-sized pieces, orbiting each other 100 kilometres apart.

‘We found it by chance. We don’t know if there are more systems like it that we don’t see,’ Dr Agarwal said.

They theorise that the asteroids were irradiated by the sun and begin to rotate, splitting in two when they spun too fast to hold together. The distance between the pair may be due to a jet of gas vaporising from the surface that propelled one rock away like a rocket. They are still trying to figure out what causes the tail.

Scientists have long thought that asteroids mainly evolved through collisions, but it’s possible that for smaller asteroids, fast rotation plays just as much of a role.

Their research has revealed a range of active asteroids, from those which have a one-off burst of activity (as if from an impact), to those that emit bursts of dust repeatedly.

‘There is some process happening more or less randomly that triggers the eruption of dust clouds,’ Dr Agarwal said, referring to asteroids which emit the repeated dust bursts. ‘We think maybe it is fast rotation that triggers landslides or something like that.’

The upshot of all of this is that the distinction between comets and asteroids may be more of a spectrum than a hard divide.

‘The line is getting fuzzier. In the past we thought asteroids are rocks, comets are icy. But now we see that there are comets that are almost inactive…and there are asteroids that are active. There is more of a transition between those two populations than we thought in the past,’ Dr Agarwal said.