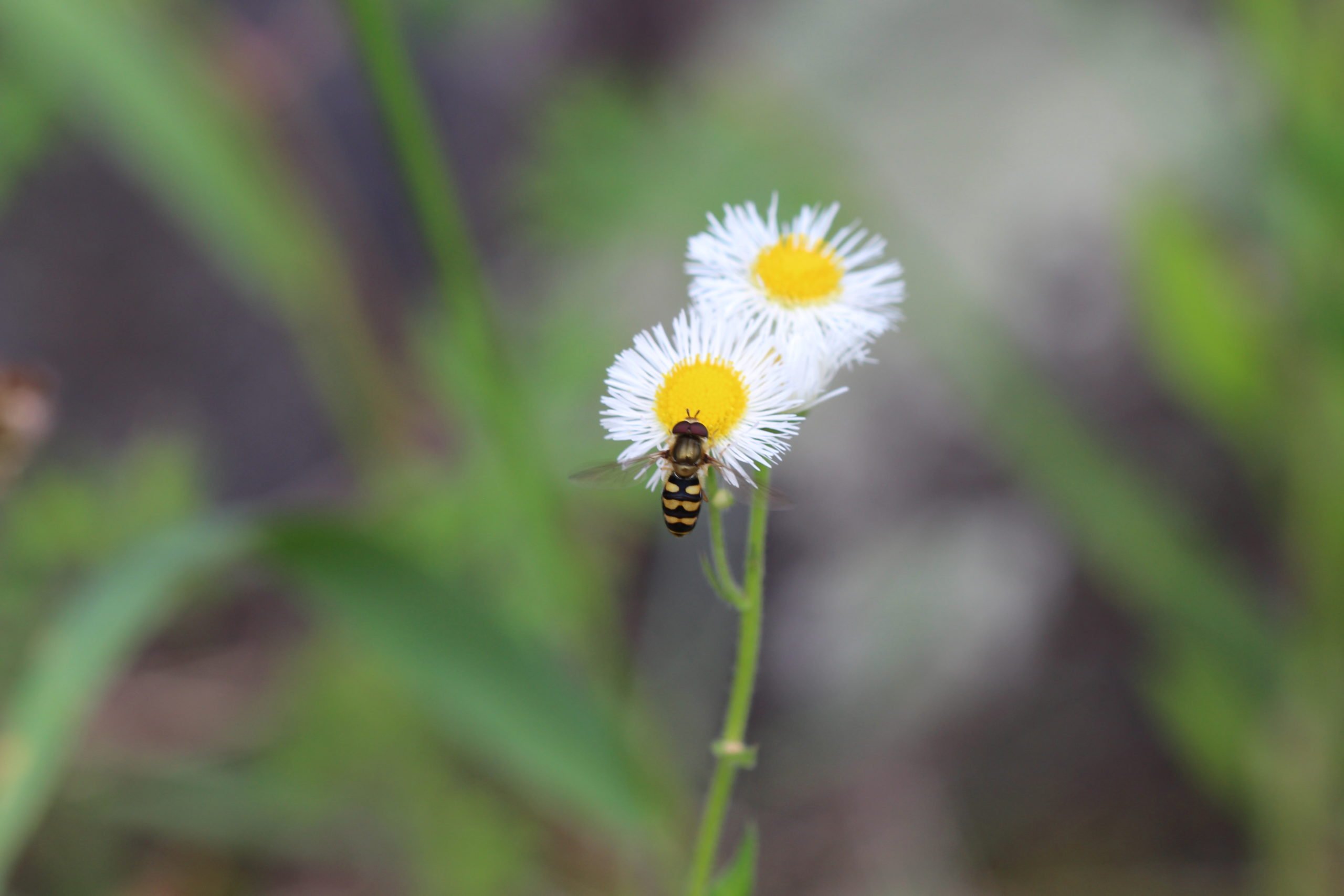 Pheromones that interfere with insect mating patterns, crops that are grown together with others and fields edged with wildflowers are just some of the techniques being developed by European scientists to defend crops from pests without resorting to pesticides, which have been linked to widespread insect biodiversity loss.

Most crops require pesticides to grow profitably. But many pesticides are too efficient at killing insects, often indiscriminately. They aim to hit specific crop pests but spray deadly fire at friendly insects and some may harm pollinators such as bees.

While the plight of bees attracts attention, other less visible insects are also in peril. Recent research found that 40% of all insects are declining, and a quarter could be wiped out within a decade.

This is not inevitable. We can cut down on the use of many insecticides. To this end, scientists work on ways to protect crops from insect pests without wiping out beneficial insects which are often crucial to healthy ecosystems and provide sustenance to birds and other wildlife.

One strategy is to disrupt the mating of insects by jamming their chemical signals. Insects such as moths waft pheromones into the air, which allows males to follow the perfumed path to a female. The concoctions are usually specific to a species of insect.

By making the same pheromones as the insects and releasing them over crop fields, it is possible to confuse the insects by hiding their pheromone trails and making it difficult for them to pair up. This technique is called mating disruption.

The synthetic pheromones must be the same as those made by the insects, and unfortunately manufacturing them chemically is costly. As a result, mating disruption is mostly for high value fruits and vegetables, such as tomatoes, apples and pears.

But now a European project called Olefine has developed a way to manufacture pheromones using yeast fermentation, making them a more affordable alternative to pesticides. This is done by introducing genes for insect enzymes into yeast.

‘We started with a lab process and then improved and optimised it,’ said Professor Irina Borodina at the Technical University of Denmark and founder of the company BioPhero. A yeast from cheese fermentation generated less than a milligram of pheromone per litre in a lab at the start of the project, but by the end was making grams per litre. ‘There are lots of magic tricks we can do to make the cell cooperate with us,’ said Prof. Borodina.

‘People, particularly younger people, care a lot about the environment and are concerned about contamination of groundwater by persistent insecticides.’

BioPhero is now working with several companies in Olefine and a project called PHERA in order to scale up the production of starter ingredients and turn them into cost-effective pheromone products that can be sprayed on commodity crops such as maize, soya bean, cotton and rice.

The other challenge is how to formulate and dispense them. Currently, pheromones are dispersed through plastic hangars – more suitable for greenhouses than large crop fields. BioPhero is working with other companies that are expert in formulating pheromones for slow release in crop fields.

‘(PHERA partners) are formulating pheromones in sprayable formulations and trying them out in the field, in real conditions for mating disruption,’ Prof Borodina explained.

One pheromone will be useful to interfere with cotton ball worms (Helicoverpa zea) on cotton and soybean, and the diamondback moth (Plutella xylostella) on cabbages. The pheromone looked promising when sprayed onto cotton fields in Greece. A second pheromone will target fall armyworms (Spodoptera frugiperda), voracious crop eaters that spread from South America to Africa and Asia and consume grain crops, including maize.

Use of pheromones offers an environmentally friendly way to control specific insects, because ‘it doesn’t harm other insects, it doesn’t harm biodiversity,’ noted Prof Borodina. This supports the EU’s Farm to Fork strategy, which aims for a 50% pesticide reduction and 25% increase in organic farmland by 2030, she added.

The pheromones are also non-toxic, and they evaporate quickly. They are made from fatty acids, and so are also rapidly eaten by microbes. Unlike many pesticides, they therefore do not persist in the environment.

However, pheromones are not the only greener route to protect crops while cutting down on agrichemicals. Integrated pest management is a strategy that uses various control techniques to push levels of the pest down to acceptable levels. Pheromones can be part of this strategy.

In Germany, Dr Severin Hatt in the agroecology and organic farming group at the University of Bonn is sowing crops without agrichemicals in ways that he hopes will supress diseases, insect pests and weeds, as part of a project called WIDE-synergies.

He planted seeds at the experimental farming station outside Bonn to grow different combinations of winter wheat and winter broad beans. There are 32 strips of crop, each measuring 25 metres long and 9 metres wide, in eight different planting regimes. The idea is to compare the effect of techniques such as intercropping, living mulch and wildflowers with strips consisting of wheat or broad bean.

Pests and disease often are specific to one crop. Planting this one crop in a field makes it easy for a pest or disease to spread from one plant to the next, which is why agrichemicals are often so necessary in monocultures. Mixing two crops such as wheat and broad beans together – called intercropping – makes it less straightforward for a disease or pest to spread from plant to plant.

Another strategy is to sow a living mulch amongst wheat. ‘These are grasses and legumes that cover the soil,’ explained Dr Hatt. ‘It is an ecologically friendly way to reduce weeds.’ The living mulch will not compete against the crop but against weeds that try to grow there.

Dr Hatt will also plant wildflowers beside some crop strips to see if this encourages beneficial insects, in the hope that they will transfer to nearby crops. The wildflower strips will consist of a mix of a dozen flowers that will attract beneficial insects, including predators of crop pests such as aphids. ‘We will then monitor the predators of aphids, particularly ladybirds, hoverflies and lacewings, and some parasitic wasps,’ said Dr Hatt. He will check regularly to see how many aphids are in a crop strip and if there are more natural enemies of these pests in some situations than in others.

What is unusual about this experiment is that it will try intercropping and wildflower margins alone and together, to see if together they produce synergies. It will also look at more than just insect pests. ‘Most research has focused on insects or disease or weeds, for intercropping or flower margins,’ said Dr Hatt. ‘Here we want to consider them all together.’

Insecticides will not be used on the crop strips. None of the strategies risk killing beneficial insects, or risk insecticide residues being left on the crops or getting flushed into groundwater. This is something that is viewed as increasingly important.

‘Consumers are becoming more aware of the dangers (of pesticides) for their health,’ said Prof. Borodina. ‘And people, particularly younger people, care a lot about the environment and are concerned about contamination of groundwater by persistent insecticides.’

The need to protect biodiversity is also increasingly a priority. The pheromone strategy does not kill insects but keeps pests at levels in a field where they do not cause economic harm to growers. ‘People are becoming more aware of environmental health issues,’ said Prof. Borodina.