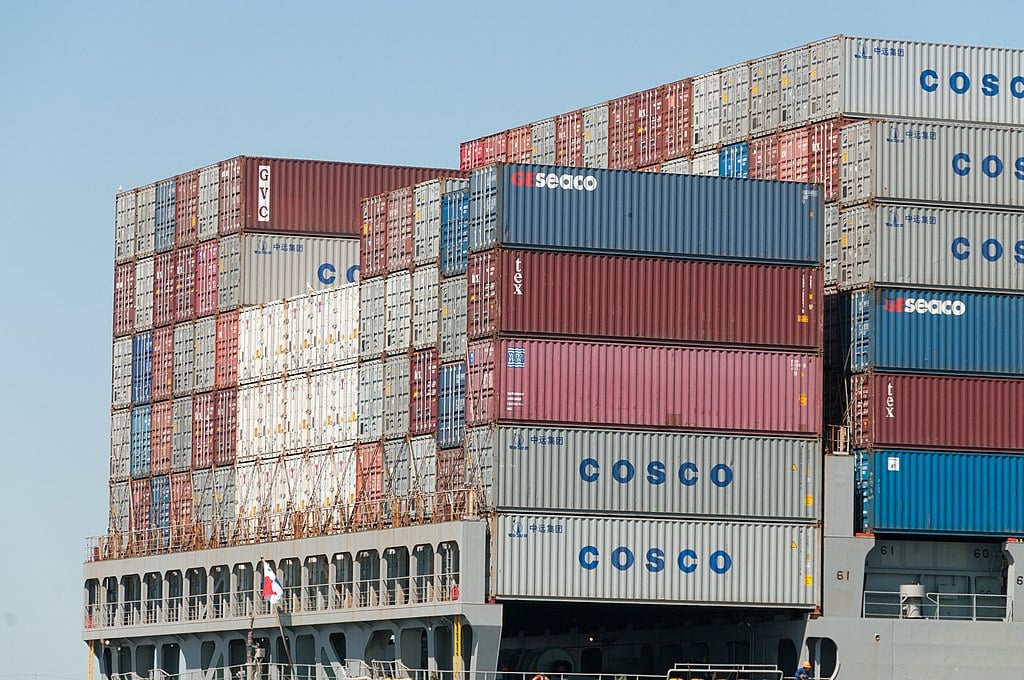 In 2020, the Covid-19 pandemic upended international trade. Countries shut their borders, breaking the webs of supply chains that crisscross the globe. These systems of people, organisations and companies work to supply consumers with products, such as mobile phones, or services, like transportation. While some supply chains have since returned to a semblance of normality, understanding their extent – and how they interact – may be vital if humanity wants to confront its other great challenge: climate change.

The European Union’s Green Deal places environmental sustainability at the heart of future economic development and targets a climate-neutral economy by 2050. But in a world of globalised supply chains, the bloc must be careful not to outsource its environmental impact to other nations, say experts.

The first step to avoid this is to develop methods to measure the extent of Europe’s supply chains and how they interact.

The vast majority of the EU’s food production takes place within its borders, but about two-thirds of the non-food crops – such as those used to produce biofuels – its residents consume are from other regions, according to research by FINEPRINT, a project which uses fine-scale data, for example satellites, to create global maps of where natural resources are being extracted.

To address the environmental impacts linked to mining, agriculture and forestry, requires identifying where the extraction is taking place within a country, says Dr Stefan Giljum, an associate professor in the Institute for Ecological Economics at Vienna University of Economics and Business, Austria, and FINEPRINT principal investigator. It is not sufficient to look at the average national impact, he says.

He gives the example of soybean exports from Brazil, and whether the beans were either grown ‘in a rainforest (area) that was cleared last year or in the south where agriculture has been around for about 300 years’.

But Dr Giljum and colleagues found that many of the datasets necessary to their research ‘simply did not exist’, so they decided to create their own. Their map of global mining activity, for example, found that mining activity uses an area of about 57,277 km², about double the size of Belgium.

The team manually identified and marked more than 6,000 mining locations on satellite images, and the next step is to automate the recognition process. This would allow them to identify new mines, and investigate how land use has changed over time. ‘The main problem with (automatically detecting mines from satellite images) is that you need solid training data in order to make sure that the algorithm can learn what is a mine versus a road or a building,’ Dr Giljum said. And this large new mining dataset can help train the software.

FINEPRINT, which ends in 2022, is also looking at other commodities and uses data about soybean, oil palm, copper, iron, coal and oil production among others. ‘A high percentage of environmental impacts occur at the very first stages of the supply chain,’ Dr Giljum said. The ultimate aim is to connect fine-scale data of resource extraction and related environmental and social impacts and trace them along international supply chains all the way to the final consumer, he says. ‘We want to create information for decision-makers, so that we can inform them of (a specific commodity’s) environmental profile.’

This is particularly important if the EU wants to push its Green Deal agenda: ‘Europe is in a special position because it is (highly) dependent on imports and ecosystem services in other parts of the world, and we have a responsibility to be concerned about these (distant) impacts,’ he said.

But the reality is that while Europe is able to control what occurs in member states, the bloc – and the world – needs frameworks to understand how supply chains intersect and influence each other.

‘There are environmental impacts that arise outside the borders of the EU, but that occur because of the demand taking place across the EU,’ says Simon Bager, a doctoral candidate at the Université catholique de Louvain in Belgium. Bager’s work focuses on deforestation and how policy action by the EU can reduce ecosystem destruction linked to commodity imports, such as beef, soy, palm oil, and cocoa. Large swathes of natural forests, such as the Amazon rainforest in South America, have been uprooted in favour of commodity production to meet consumer demand for food and feed. China consumes the majority of Brazil’s soy exports. In the EU, soybeans – mainly sourced from the United States – are primarily used for animal feed. Each year, the EU alone imports commodities associated with the destruction of some 190,000 ha of forest. Bager is part of COUPLED, a project which aims to understand the factors – from local governance to global demand – that influence land use in an increasingly interconnected world.

COUPLED uses an idea called ‘telecoupling’ to explain these connections, says Professor Jonas Østergaard Nielsen, a specialist in human land use and global climate change at The Integrative Research Institute on Transformations of Human-Environment Systems, based at Humboldt University in Germany, and COUPLED coordinator. ‘The concept of telecouplings originated in the area of climate change research, where it is called “teleconnections”,’ said Prof. Nielsen. Teleconnections, a concept often used in atmospheric science, refers to climate links between two geographically separate regions. ‘They say you can have a storm in the North Atlantic and that manifests as a drought in central Australia.’

He gives the example of a dry forest in Argentina becoming a soybean field in order to feed pigs in Germany, whose meat is ultimately sold to China. The supply chain encircles the globe, but ‘land use is local’ and influenced by individuals, companies and governments with their own agendas. COUPLED, which is a training programme, brought together 15 PhD candidates to investigate telecoupling as a method to track global supply chains.

‘The real issue is spillover systems and whether your supply chain is sustainable from a systemic perspective,’ Prof. Nielsen said. He points to sustainably produced pineapples in Costa Rica, which are packed on pallets made from rainforest-sourced wood. The spillover system (the pallets) renders the supply chain unsustainable. ‘Things are connected and often in surprising and unexpected ways.’

‘Things are connected and often in surprising and unexpected ways.’

Telecoupling allows those involved in the system not only to map out the supply chain’s extent, but also look for possible solutions. As part of his work on deforestation, Bager and colleagues developed a research paper on EU policy options for addressing deforestation associated with commodity consumption within the EU. In this, they identified eight specific ‘actors’ involved in the supply chains that can lead to deforestation such as consumers, governments, companies, landowners, etc., and summarised existing proposals into 86 unique policy options which target different actors. These range from the politically difficult, such as trade agreements, to fairly easy, such as the EU providing information to consumers, says Bager, but also vary in the ability to reduce deforestation. To increase impact, it is also important to concentrate efforts on sectors that are the most responsible for deforestation, such as soy, palm oil and cocoa, rather than rubber or maize which have smaller deforestation footprints.

But if the EU – and the world in general – plans to reduce its environmental footprint and curb climate change, it will need to better understand the extent of its supply chains and devise ways to regulate and control them.

Because of its economic heft, the EU has the ability to drive change and chart a path towards environmentally sustainable supply chains, Bager says. ‘Our work focuses on deforestation, but you can also talk about biodiversity loss and water. The EU is getting more and more aware that it needs to address these impacts (beyond its own borders).’