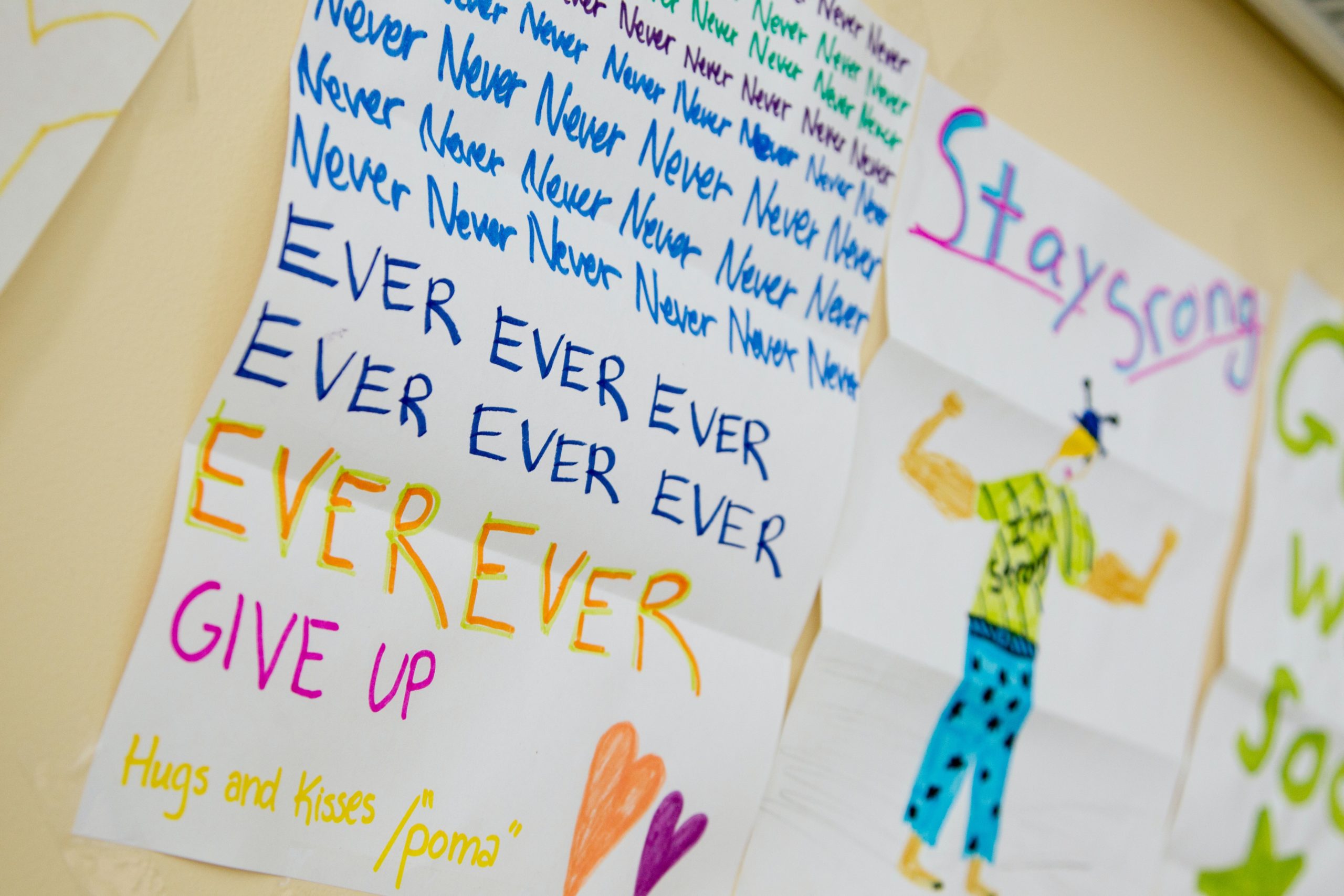 Advances in diagnosis and care have yielded significant improvements in childhood cancer survival rates in Europe, but the long-term side-effect burden in young people — driven by the unlicensed use of adult cancer medicines — often means the price of survival is high, scientists say.

Prescribing unlicensed drugs or the ‘off-label’ use of adult medicines for childhood cancer is largely the norm since the incidence of disease compared to adults is rare, which has disincentivised the biopharmaceutical industry from investing in paediatric research.

Somehow, it has been widely accepted that it is standard for children with cancer to be treated with off-label adult drugs, says Prof. Ruth Ladenstein, project coordinator of the European Reference Network on Paediatric Cancer and a member of the EU’s cancer mission board (see box below for more on the mission).

‘If you go to through the scientific literature or online databases you can see numerous drugs that are undergoing testing in adults, but where children are excluded … and the major reason for this is that the industry doesn’t see a market,’ she said. ‘It’s really high time … we get drugs that are better adjusted to age, and respective cancer types.’

Here are five things to know about the differences between adult and paediatric cancer, and how to better tackle the disease in children:

1. Adult and childhood cancers are not the same

Environmental and lifestyle factors play a crucial role in the occurrence of cancer in adults — and making changes like reducing alcohol consumption, stopping smoking and eating healthy can diminish the incidence of fatal cancers in adults by up to 40%, says Prof. Ladenstein.

But in children, environmental factors don’t appear to have that kind of direct effect and only a minority of childhood cancers are driven by genetics. ‘We have a suspicion that some environmental factors might play a role but in a very indirect way, but they are not translated as (a) one-to-one effect as we see it in adult cancers,’ she said.

Most childhood cancers tend to manifest in the first years of life and are far more aggressive than adult cancers, says Kjeld Schmiegelow, a professor of paediatrics at the University of Copenhagen, Denmark, who is advising the EU’s cancer mission. ‘The time from the first symptoms to diagnosis in most cases is relatively short. I mean we’re talking about days or weeks or months here.’

Still, survival rates in children — despite the paucity of treatments tailored for younger age-groups — is impressively high, with 80% of patients disease-free after five years from diagnosis in high-income European countries. Currently, there are roughly half a million childhood cancer survivors in Europe.

In contrast, five-year survival rates for adult cancers are in the range of 54.5% in Europe, but that percentage jumps higher in high-income countries in Western Europe.

However, when a child has been declared disease-free — if there’s no sign of malignancy five years after diagnosis they’re very likely to be cured, says Prof. Schmiegelow. ‘Adults…they can relapse 5,10,15 years later.’

2. Medicines tested and approved for use in adults are the standard of care for childhood cancer

Each year in Europe there are 35,000 new cases of cancer in children and adolescents — that figure rises substantially to 3.7 million when adults are included.

Given this large discrepancy, there are simply too few patients in the younger patient population to fuel industry interest, the scientists say. Of the 150 cancer medicines developed in the last decade, only 9 have been approved for children.

Still, paediatric oncologists have done their best to run trials in academic institutions and tweak adult medicines to suit younger patients. Typically, the researchers test combinations and dosing strategies for chemotherapies that have been on the market for years but were never or not sufficiently tested in children.

For adult drugs, academic institutions are usually contracted and paid to run trials initiated by a drug company. Apart from cases where pharmaceutical companies are requested to run trials in children by regulatory authorities, for paediatric cancers the onus of running trials is on independent oncologists. Typically, the scientists contact the company and ask if they can secure trial supplies for free while the cost for running the trial and establishing necessary international networks depends on independent research foundations.

‘It’s quite clear that that there’s a funding issue at hand (for paediatric trials),’ said Prof. Schmiegelow, highlighting the need for academia, national policymakers and the industry to propel the development of age-appropriate paediatric cancer treatments.

‘You can ask, is it really worthwhile putting so many resources into a rare disease — and it is,’ he said, pointing out that 1 in 5 childhood deaths is Europe is caused by cancer. ‘If you look at the survival rates of children with cancer going back to 30 years and today, it’s getting better and better because of this huge academic effort.’ But there are no continuously public funded systems supporting such international collaborations, he adds.

Unfortunately, not all children benefit from the advances in cancer care — in Eastern Europe, survival rates of childhood cancer are 20% lower than the rest of Europe.

Survival rates are tied to country-level health systems and national health budgets, so socio-economic differences between the East and the West are partly to blame, says Prof. Ladenstein. ‘You need resources in terms of personnel to bring kids into trials,’ she said. And you have to have all the drugs available to deliver the appropriate standard of cancer treatment, she adds.

Essential drugs — such as chemotherapies which often serve as the backbone for cancer treatments — are not uniformly available across Europe, she says, acknowledging that parents have been known to “smuggle” drugs in from Western Europe to fill the gap.

All treatment centres in Europe also need to be part of clinical trial cancer networks as this is where you learn to deal with therapy challenges such as insufficient efficacy of a treatment or serious toxicities — things like adjusting drug doses according to tolerance and knowing which combinations of drugs to use in poorly responding patients. That know-how that has been accumulated in the last few decades is often limited to physician networks across academic institutions that participate in a treatment trial, says Prof. Schmiegelow.

‘It’s not always written down … like a cooking recipe,’ he explained. ‘There’s no single thing that explains why we do so much better today. It’s thousands and thousands of pieces in the puzzle that has made the change.’

Eastern Europe will catch up as they begin partnering up with institutions in Western Europe, he predicted. ‘I imagine that over the next 20 years you’ll see massive improvements in cure rates for Eastern Europe.’

4. A majority of childhood cancer survivors suffer from long-term side-effects

Driven by the off-label use of adult medicines, two-thirds of all childhood cancer survivors experience long-term health issues.

Some of these toxic side-effects are unacceptable — because they have a significant effect on quality of life, says Prof. Schmiegelow. ‘It may be massive cognitive disturbances, it may be that one of the organs is so damaged that they need an organ transplantation … in some cases, the price to cure is simply too high. And we don’t know today how to identify these patients.’ ‘It’s a real concern that requires a change,’ said Prof. Ladenstein, noting that the issue is that most widely-used drugs have not been thoroughly tested in formal trials in children.

It’s not only about the disease, or a type of cancer — it’s also how to dose the drug from infancy up to adolescents and beyond, she says.

The majority of patients today are cured by conventional drugs and surgery, but new developments in immunotherapy are cause for optimism, scientists say.

Prof. Ladenstein was part of the team that developed an immunotherapy that increased survival by 20% for patients with neuroblastoma, a rare form of childhood cancer that develops from immature nerve cells.

‘I think there are still steps ahead, but the introduction of immunotherapy in the treatment of neuroblastoma was a major step forward,’ she said.

One way to accelerate the pace of research into childhood cancer treatments, she adds, is to work alongside researchers who have discovered fresh mechanisms of action to treat adult patients. For example, a lung cancer treatment that belongs to a family of drugs called ALK inhibitors was latterly found to help treat certain patients with neuroblastoma.

‘One can extrapolate similar modes of action, and potentially then benefit from common development at quite an early stage,’ she said. ‘I think we just have to play our cards much smarter in the future.’

Cancer is one of the leading causes of death for children in Europe, accounting for about a quarter of childhood deaths between the ages of 5 and 14. The EU supports a number of research networks focused on childhood cancer, including ENCCA, PanCareLife, PanCareFollowUP, ITCC-P4 and others.

Addressing cancer is one of the European Commission’s five proposed ‘missions’, which are designed to deliver solutions to some of Europe’s challenges over the next seven years. The aim of the mission, titled Conquering Cancer: Mission Possible, is to save more than 3 million lives by 2030. Among its goals is to reduce the burden of childhood cancer by improving the cures available.

On 3 February the European Commission also released its Beating Cancer Action Plan, which sets out concrete actions to reduce suffering caused by cancer and improve the lives of cancer patients and their families. It includes a focus on how to improve treatment and quality of life for cancer survivors – two critical issues for children with the disease.