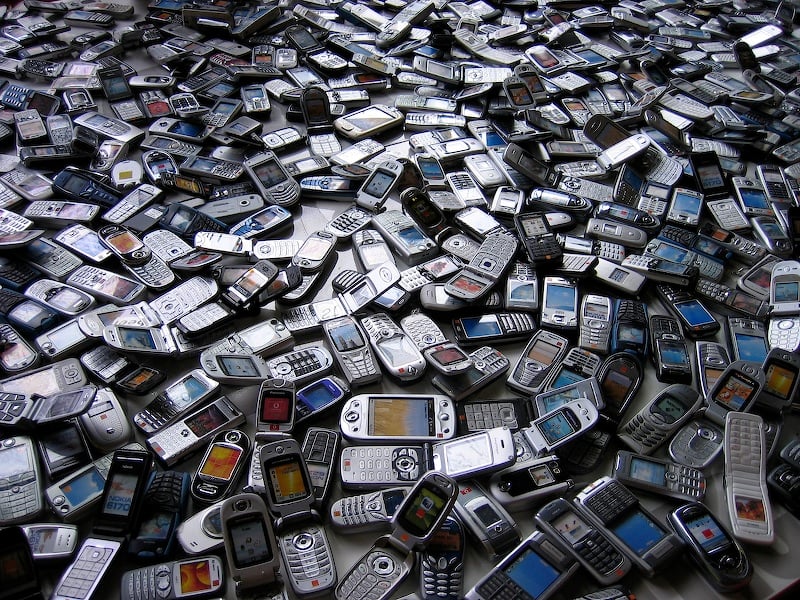 Mining isn’t the only way to extract valuable metals. Soon, they could increasingly be recovered from waste, reducing the need for new raw materials and helping Europe’s transition to a low-carbon economy.

In the EU, many raw materials needed in industry, from car making to medical implants, are imported from abroad as they aren’t available locally. Several of the components of computers and mobile phones, for example, are typically obtained from China. And the demand for these items is increasing as people upgrade to newer models every few years.

At the same time, though, people are getting rid of electronics just as fast. ‘If we could make new ones out of the old ones, it’s a way of putting these materials back to use,’ said Dr Cord Fricke-Begemann from the Fraunhofer Institute for Laser Technology ILT in Aachen, Germany.

Some electronics are recycled in Europe but the process is crude. It involves melting devices together in a furnace and focuses on removing the most valuable metals, typically copper, silver and gold.

Dr Fricke-Begemann and his colleagues want to give more raw materials a second life. As part of the ADIR project, they are looking at ways of automatically disassembling electronic devices such as mobile phones, which is currently a stumbling block for recovering many of their parts.

‘There are hundreds of different types of mobile phones so we need a device that is flexible and can handle all of them,’ said Dr Fricke-Begemann.

They are currently building a machine that will be able to open a mobile phone and remove its components. Next, a laser will be used to unsolder components from the electronic circuit board before they are sorted by type. Tantalum is found in capacitors, for example, while some other components contain neodymium. Different parts would then have to be treated in different ways to make them reusable.

‘The idea is to have a machine that can disassemble two mobile phones in a minute and take out the important things quickly,’ said Dr Fricke-Begemann.

‘The idea is to have a machine that can disassemble two mobile phones in a minute and take out the important things quickly.’

Reclaiming materials from electronic waste so they can be reused elsewhere is popularly known as urban mining. It’s part of what’s known as the circular economy, whereby by-products from one industrial process feed into another.

By opening up another source of raw materials, urban mining could also give manufacturers a greater choice of what to use. Magnesium, for example, which is lighter than aluminium, is prized for its light weight but apart from being used to make various car parts, it hasn’t been adopted by many other industries in Europe.

One of its main drawbacks is its fluctuating cost: only available as an import from Asia, its price can vary a lot from week to week. As a result, it ranks high in terms of both economic importance and supply risk.

‘It’s a nightmare for purchasing departments,’ said Blanca Araujo Perez from the Foundation for Transport and Energy Research and Development (Cidaut) in Valladolid, Spain. She coordinates the REMAGHIC project which is aiming to recover metals from industrial waste.

Araujo Perez and her colleagues think that recycling magnesium could help widen its usage. The plan is to recover it from metal scraps in foundries and combine it with rare earth metals such as lanthanum and cerium, which they are reclaiming from fluorescent lamps, cathode ray tubes and nickel-metal hydride batteries. These alloys would improve on magnesium’s physical properties, such as its propensity to corrode, while stabilising its cost.

In the future, magnesium could become the metal of choice in many sectors. As part of REMAGHIC, a prototype of a tailgate is being designed to show how it could be used further in the automotive industry.

It holds promise for use in medical implants too and is being tested to fashion a wrist implant. Compared to titanium, which is widely used, it is more similar in strength to bones and it biodegrades. ‘If you had a screw made of magnesium in your wrist, you wouldn’t need a second surgery to remove it,’ said Araujo Perez.

Europe’s economy depends on raw materials since all industries require feedstock. They are also central to technological progress. Smartphones, for example, contain up to 50 different metals, and renewable energy infrastructure, such as solar panels and wind turbines, can’t be built without tellurium, gallium and neodymium.

Many raw materials, however, are brought in from abroad since they aren’t available in Europe, or are in limited supply. China is the biggest supplier, currently providing 49% of critical raw materials. Depending on imports can be risky, especially when difficulties with extraction and processing are likely.

Risk-reducing measures include coming up with ways of reusing raw materials and finding suitable alternatives. Recycling is especially of interest since it also reduces the environmental impact of industries. The EU has already invested over €200 million for research and innovation aimed at developing sustainable production of primary and secondary raw materials as part of the Horizon 2020 funding programme.