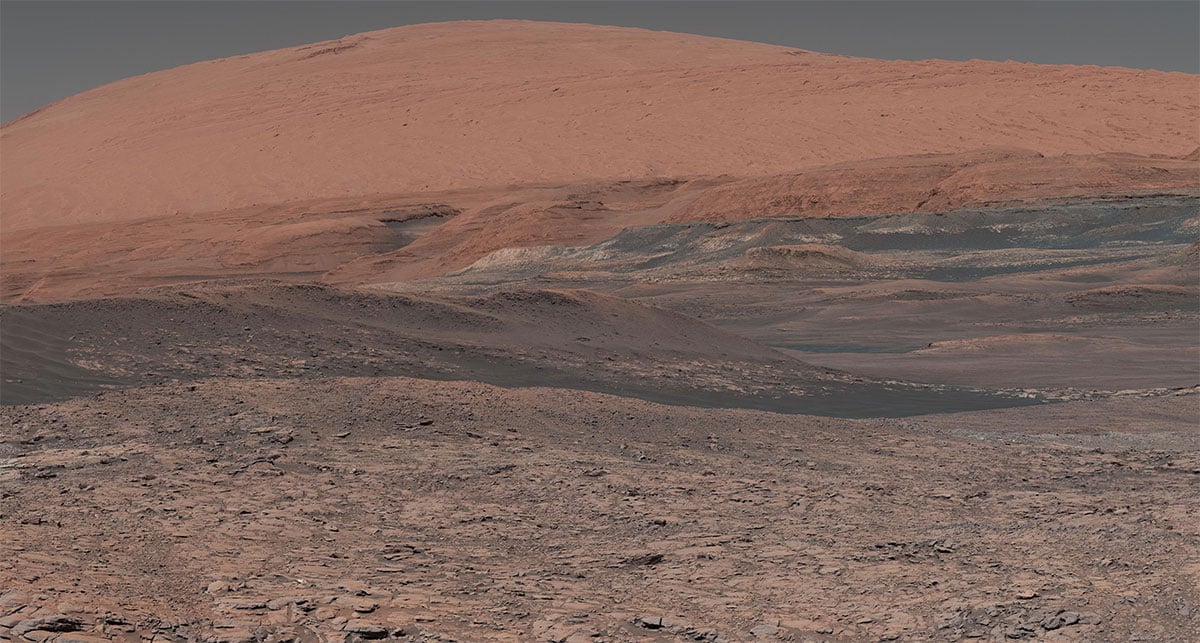 In our continuing search for other life in the universe, one place has always looked promising – Mars. It is a rocky planet like Earth, orbiting the same star, and at a distance where water could have been present on the planet.

Today, however, Mars is a barren wasteland. Any water it once had on its surface hundreds of millions of years ago is long gone, while its atmosphere is a thin shell of the thicker barrier it might once have been. But could the planet have hosted life in the past, and is there a possibility that any life on Mars has survived today?

While we can’t answer those questions just yet, we are closer than ever to finding out. And with a host of new missions on the horizon, fresh clues are beginning to emerge.

On Earth, life survives in a huge range of locations, from the deserts of the Sahara to the frozen glaciers of Antarctica. The surface of Mars today bears similarities to some of these locations so if we can find life in these places on Earth, perhaps it might be on Mars too.

Dr Dirk Schulze-Makuch from the Technical University of Berlin, Germany, coordinated the Habitability of Martian Environments (HOME) project, which studied soil collected from the Atacama Desert in South America, and examined what microbes were present – if any. The results showed life was alluringly resilient.

‘We showed that even in the hyper-arid core, there is still active microbial life there,’ said Dr Schulze-Makuch. ‘We found several survival mechanisms. For example, some microbes use water directly from the atmosphere, so they don’t need any rain.’

The team also created different soils and salty brines that mimicked some of the conditions on Mars. By introducing microbes into these Mars analogues, they could work out what sort of life might be able to survive under the surface of Mars today.

‘We know that environmental conditions on early Mars were habitable.’

‘We were mostly interested in extremophiles (life that survives in extreme locations on Earth),’ said Dr Schulze-Makuch. ‘For the brine experiments we used planococcus halocryophilus (a microbe that can live in very salty and very cold conditions). We found it had really high tolerance.’

While we can mimic conditions on Mars, however, we cannot exactly replicate them. The surface of Mars has much higher levels of radiation than anywhere on Earth, and there is much less water available on Mars than in the driest deserts on Earth.

‘There are a lot of microbes that astonishingly can survive under conditions that are getting very close to Mars,’ said Dr Schulze-Makuch. ‘But you would have to test on Mars to be absolutely sure.’

Understanding how much water was on Mars in the past is crucial to knowing its potential habitability. We know that on Earth, nearly anywhere we find water we find life. So if Mars was once a lot more wet than it is today, the chances of habitability increase considerably.

We have found evidence for ancient water on Mars in a variety of places. NASA’s Curiosity rover may have found an ancient lake bed, while the northern hemisphere of Mars appears to have once contained a large ocean. Now scientists want to take these studies even further.

Dr Alberto Fairén from the Spanish Astrobiology Centre in Madrid, Spain, coordinates a project called MarsFirstWater. This project aims to work out just how much water might have been on Mars in its first billion years, whether this was liquid water or ice, how long it was there for, and where it was.

Using data from past, present, and future Mars missions, both on Earth and on Mars itself – such as NASA’s upcoming Perseverance rover, set to launch in July 2020, and Europe’s Rosalind Franklin rover, planned for launch in 2022 – the project aims to reconstruct and map the surface of ancient Mars like never before.

‘Between 4.5 and 3.5 billion years ago, Mars is thought to have had an active surface hydrosphere that included glaciers, rivers, lakes, deltas, and maybe even a hemispheric ocean the size of the Mediterranean Sea,’ said Dr Fairén.

The emerging picture of early Mars, he says, suggests that its summers were similar to winters in Iceland and its winters resembled winters in the Antarctic.

A previous study from Dr Fairén, called IcyMARS, concluded that ancient Mars may have been colder than people anticipated, but still wet enough to be habitable. At some point in its history, this water was then stripped from Mars when the planet’s core cooled for unknown reasons, and its atmosphere was blown away by the solar wind.

‘As a result, Mars turned (into) the extremely cold planet it is today,’ said Dr Fairén.

MarsFirstWater will look for any biomarkers such as microbial lipids on Mars that could be evidence for life once surviving in this more habitable ancient locale. Checking the chemical processes that took place on Martian rocks, for example, could tell us how much liquid water was present, letting us work out what sort of life could have survived there. The project will also look for biomarkers in the Martian geological record that are similar to those produced by microbes on Earth.

Already the team have some early results. They have found that some microbe types found on Earth could stop water on Mars from freezing into ice due to their biological processes, while some signs of ancient life could remain in wet clays under the Martian surface today that could be studied by rovers.

The next phase in searching for life on Mars will be piecing all of these clues together and using data from upcoming missions to look for new signs of life. ‘We already know Mars was habitable,’ said Dr Fairén. ‘The next question to answer is if it was actually inhabited.’

Perseverance and ExoMars may not be enough; a life detection mission that can sample Mars directly for signs of life may instead be needed to know for sure. But there’s little doubt that an answer to one of the greatest questions of our time is within reach.

‘We know that environmental conditions on early Mars were habitable,’ said Dr Schulze-Makuch. ‘There were lakes, oceans, it was raining. There could have been life.’