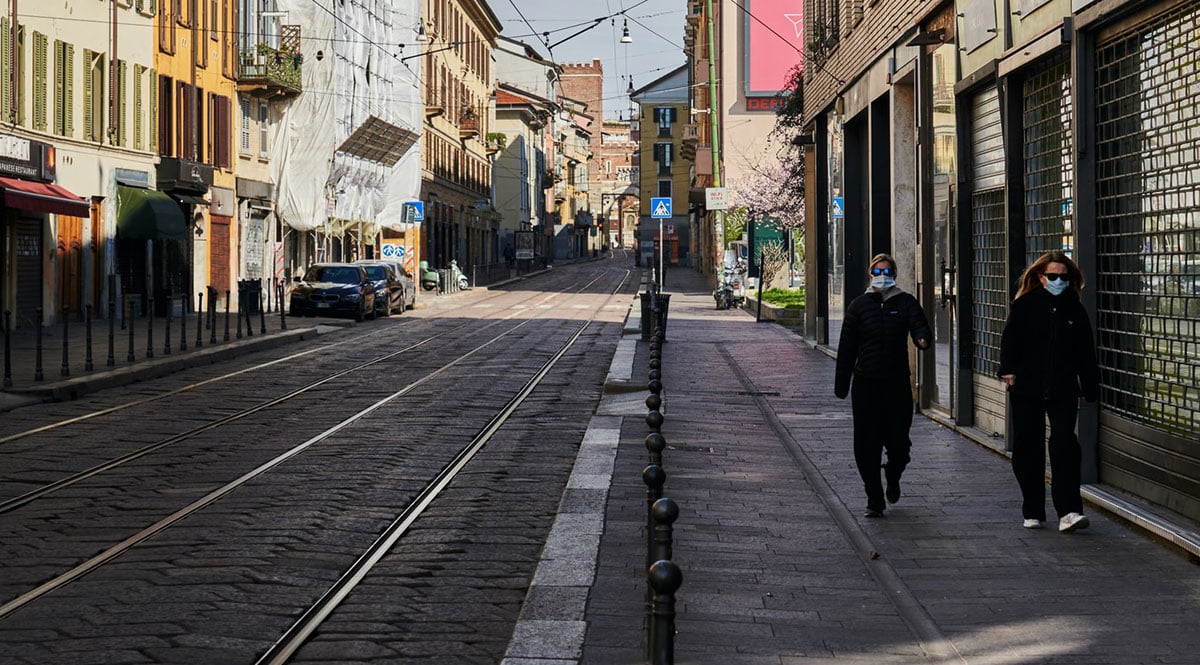 We’re only at the start of the coronavirus pandemic although the second wave may take a different form to the first one, says veteran virologist Professor Peter Piot, who has spent the past 40 years tracking down and fighting viruses.

Prof. Piot, who helped discover Ebola at age 27 and has led the fight against HIV and AIDS, contracted coronavirus earlier this year. The director of the London School of Hygiene and Tropical Medicine in the UK, and a special advisor on coronavirus to European Commission President Ursula von der Leyen spoke to Horizon about how having Covid-19 changed his perspective on the illness, why we need a vaccine and the long-term impacts of the pandemic.

First things first. After 40 years chasing viruses, you recently had a close call with coronavirus. How are you?

It took three months from the beginning of the disease to recovery, but now I’m back to more or less normal. But it (my experience) showed that Covid-19 is more than either a bit of a flu or that 1% go into intensive care and die. There’s a lot in between.

But it gave me new insight. Now I know the virus from the inside – not just studying or fighting it. It’s a very different perspective.

First of all, this (crisis) is about people. A lot of the official Covid-19 communication is about flattening the curve and barely about people. Secondly, in terms of insight, the fact that this is not a ‘flu or intensive care’ type of thing. There are going to be a lot of people with chronic conditions.

Then, personally, it makes me double motivated to fight the virus. After having fought viruses for most of my life, they got me now, but I think it’s also the human experience that makes a big difference. It’s what we call – that’s the term in Dutch – ervaringsdeskundige (an expert from experience). It comes from social policy. So you don’t just have experts telling people what’s good for them. You also talk to people who were affected. And I come from the AIDS movement. So in HIV, we wouldn’t dream of designing, developing, even (doing) research without involving people living with HIV. So that’s my kind of way of thinking.

At present, there are more than 9 million cases globally and the pandemic is taking hold in Latin America. What is the current situation from your perspective?

Well, frankly, first of all, the figures are certainly underestimates because these are confirmed cases. So we probably are closer to well over 20 million, and soon, half a million deaths.

Together with HIV, which is now a silent epidemic that still kills 600,000 people every year, and the Spanish flu, it (coronavirus) is certainly the biggest, not just epidemic, but also societal crisis in peacetime.

When we think of Europe, that just about every country has succeeded in bringing down the spread of the virus, that’s good news. Societies are going back and relaxing various measures.

And now we’ve got to prepare for a so-called second wave. I hope that it won’t be a tsunami, but more like the outbreaks we already have, for example, in a meatpacking facility in Germany or in Korea around nightclubs. Also, in the UK, we have still (have outbreaks) in some care homes. So I think that’s what we have to prepare for now.

The truth is: we’re only at the beginning of this pandemic. As long as there are people who are susceptible to be infected, the virus will be very happy to infect us because it needs our cells to survive.

‘Now I know the virus from the inside – not just studying or fighting it. It’s a very different perspective.’

Is there any cause for optimism?

The good news is also unprecedented scientific collaboration. It’s hard to keep up with all the new information and science that is coming out of something that, it’s hard to believe, is only five months old.

Sometimes I say: ‘Oh my god, how can I keep up with all the publications?’ But on the other hand, that’s a good problem to have, because in past epidemics, information was not shared. Also unprecedented is that industry and countries are investing enormously in developing vaccines, therapeutics and so on. So it’s a bit of a silver lining.

If we’re only at the beginning of the pandemic, how long could it last?

I don’t have my crystal ball here, but it could last several years. I would say that in the shorter- or medium-term run, a vaccine could make a huge difference, although I doubt that it will be a 100% effective vaccine. Promises have been made that maybe hundreds of millions of vaccines will be available by October. For all practical purposes, it will be rather 2021, and that could really bring the epidemic under control in a large way.

But we will have to continue to change the way we interact with each other. When you look at Japan, for example, for generations people have been wearing face masks when they even have a cold to protect others. So, there is a need for some quite wide-scale behaviour change, in addition to counting on this magic vaccine.

The pledging marathon hosted by the European Commission has raised nearly €10 billion in pledges that will be shared between vaccines, treatments, tests and strengthening health systems. In your view, what are the priorities for spending this money – and is it enough?

This pledging event is necessary for two reasons: to make sure there is money (and to ensure) equitable access of the vaccines and other (resources). The biggest need is in vaccine development and manufacturing.

But the very important point is that (the funds are) not only for research and development but also (for) putting into place mechanisms so that there is access (to vaccines) for those countries that are either not vaccine producers or are on the poor side. You (might) say it’s a lot of money (overall), but, it’s not enough.

What’s unprecedented, again, is that we’re talking about billions, not millions, in terms of people who have to be vaccinated. That’s never been tried before. About 4 or 5 billion people will need access to this vaccine. And that also means billions of glass vials to put the vaccine in – all these very basic things that have to be taken care of.

Companies and governments have to take a bet and invest in vaccine manufacturing without knowing whether that vaccine will actually work. That’s quite a challenge, but that’s the reason there is such a need for also public money because this is going to be a public good.

Then there’s the issue of ‘vaccine nationalism’. It started with the US saying vaccines produced in the US will be for Americans. And if every country starts doing that, the majority of people in the world will be excluded because only very few countries produce vaccines.

So how do we make sure that no one gets left behind?

That’s a big question. I think that’s ultimately going to be a political issue. And so that’s why I stress that the pledging initiative hosted by the Commission, that equitable access is an integral part of it. It’s not just raising money to develop a vaccine. It’s raising money to develop a vaccine that will be accessible to all those in need. It is quite a big difference.

Last month you said in an interview that we’re learning while sailing and that without a vaccine normal life won’t resume. Do you still think that?

It’s a bit more nuanced now. I’m now saying we’re learning while we’re racing because sailing is a bit slow. At the moment, everybody’s racing. And I still think that without a vaccine it’s going to be extremely hard to go back to normal society.

A lot will depend on whether vaccines will protect against transmission. So, in other words, that if I’m vaccinated I can’t get it, or, as with the case of influenza, the vaccine is particularly useful to prevent the development of severe disease and mortality. There are many unknowns. It is, for me, the number one priority for science and for the response because without a vaccine, then that means that we have years of having to live with this virus.

Is there a vaccine contender that you’re excited about and can single out?

No, I’m excited about quite a few. But the beauty at the moment is that there are very different approaches to making a vaccine. You have (messenger) RNA ones and then you’ve got more traditional approaches. I’m personally agnostic.

Even if a vaccine could prevent people from getting ill, you mentioned that many people will have chronic conditions. How should the response in the longer term be shaped?

We’re all busy with the acute crisis and, although now we have a little bit of time to prepare for these second-wave outbreaks, we also need a long-term view. That’s obvious for the economic and social impact. Even mental health impacts, not only of the epidemic, but of the counter measures – being in isolation, kids not going to school, etc. which could really also exacerbate social inequalities and inequities. Epidemics often reveal the fault lines in society and exacerbate inequities. That goes way beyond the biological and medical aspects, but that’s what we need to plan for now.

This interview has been edited and condensed for clarity and length. The views expressed in the article are those of the interviewee and do not necessarily reflect the position of the European Commission.