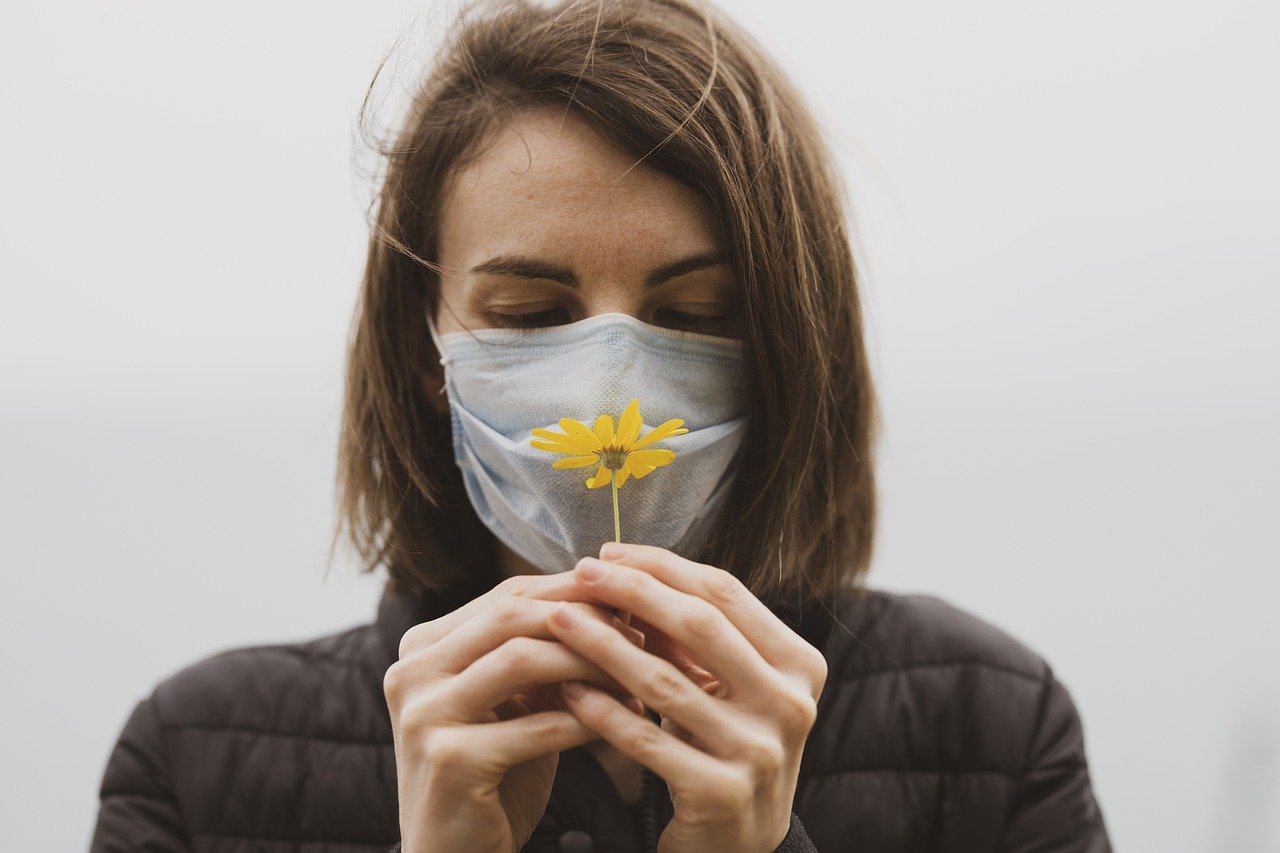 To begin with, it was just anecdotal reports. Ear, nose and throat specialists from around the world were sharing their experiences on online message boards – they were all seeing a spike in patients experiencing anosmia, a loss of smell.

The link with coronavirus was brought to public attention by specialists in the UK in late March, and since then health organisations have gradually added anosmia to the list of symptoms for Covid-19. According to a recent study, about two-thirds of people with Covid-19 experience a sudden loss in smell or taste.

Professor Noam Sobel from the Weizmann Institute of Science in Israel and his lab are experts in our sense of smell, or olfaction.

‘An ex-member of our lab, who had since moved to London, caught Covid-19 and became completely anosmic. So we had really detailed reports from our friend who, unlike most people, was very, very well trained in describing his olfactory experience,’ he said.

This gave the lab a reliable, if anecdotal, description of the role of anosmia. In this particular case, the total loss of smell happened a day after the appearance of other symptoms. That made Prof. Sobel wonder if a more subtle, gradual loss of smell could be a much-needed early warning of Covid-19. However, the challenge is to find a way to detect that.

‘Humans are notoriously poor at reporting on their own sense of smell. If I were to ask you if your sense of smell today is slightly better or worse than it was yesterday, you would not notice mild changes,’ he said.

This led Prof. Sobel to create the Smell Tracker, an online system that uses common household items, such as honey, garlic and toothpaste, for the public to test their sense of smell.

Already 14,000 people have used it to help identify changes in their sense of smell. Prof. Sobel hopes that if it becomes more widely used then it could also help policymakers to track the spread of the disease in different regions. Already, the tracker’s popularity in Sweden allowed the researchers to identify a peak in anosmia around 15 April.

The cause of coronavirus-related anosmia is still unknown, but our understanding of how smell works is helping narrow it down.

‘It’s not that the nose is blocked with mucus – that would be the simplest explanation,’ said Dr Matthew Grubb, from King’s College London in the UK. He is a neuroscientist specialising in the olfactory bulb, the first region of the brain responsible for processing our sense of smell.

Almost all of our brain cells are created by the time we are born, and they can last a lifetime. The mammalian olfactory bulb is almost unique in continually producing new neurons throughout adult life. It is this behaviour that drew Dr Grubb into this area of research.

‘I still find it fascinating. Building a brain from scratch is hard enough, with its intricate connectivity between the cells… But then introducing new cells into it, you can imagine that would have the potential to really mess things up,’ he said.

‘It’s not that the nose is blocked with mucus – that would be the simplest explanation.’

It is still not clear why the olfactory bulb does this. One idea is that having lots of young neurons allows the bulb to adapt more easily to changes. Dr Grubb is running a project called Funcoplan to understand whether new cells respond differently to changes in the environment.

In March, he co-wrote a research paper setting out potential causes of anosmia in Covid-19 patients.

‘(Olfactory) sensory neurons (in the nose) are the cells that do the detecting of odour and stimuli and send those signals to the brain. If they die, then you don’t lose them forever. They can regenerate, but that takes a few weeks,’ he said.

‘The fact that the recovery (of the sense of smell) seems to be a bit quicker with Covid-19 started to make people think that maybe it’s not infecting the neurons themselves.’

This shifted attention away from neurons to different types of cells that can regenerate quickly. In particular, ones known as sustentacular cells, which provide support for the olfactory sensory neurons.

These supporting cells can produce high levels of ACE2, a protein that the coronavirus uses to invade the cell. By comparison, the olfactory neurons have no ACE2, meaning that they pass unnoticed by the virus.

Prof. Sobel has been receiving ‘countless’ emails from people worried about their loss of smell. Mostly, the worry comes from the possibility that it will not come back, which it has done so far for the vast majority.

‘We have this view that social chemo-signalling is a big part of human social behaviour,’ he said. Through a project called SocioSmell, he is investigating this idea across different aspects of social interactions.

Last year, he wrote a review of research showing that people are very likely to sniff their hands subconsciously after a handshake, potentially to get a sense of the other person. This bizarre finding takes on a much greater importance during a time when handshakes are discouraged to prevent the spread of coronavirus.

‘We know that about 25% of viral transmission is through bringing your own hands to your face. That was an estimate before Covid. Thinking in evolutionary terms, if a behaviour persists despite a very high cost, it must also confer a significant advantage. There must be a very, very good reason to do it,’ said Prof. Sobel.

He has also collected what he believes to be the largest fear sweat collection in the world, with more than 1,000 body odour samples from first-time parachutists in the Israeli army. With this unique collection, he has been able to show that the smell of fear reduces people’s performance in a trust-based task, while people with autism spectrum disorder performed better.

‘In mammals, the sensory system that underlies both emotion and social interaction is their sense of smell. Our big picture claim is that humans are largely like that as well,’ said Prof. Sobel.

‘It is not a popular thing to say, but our view is that humans are olfactory animals – it shows up in every direction that we look.’