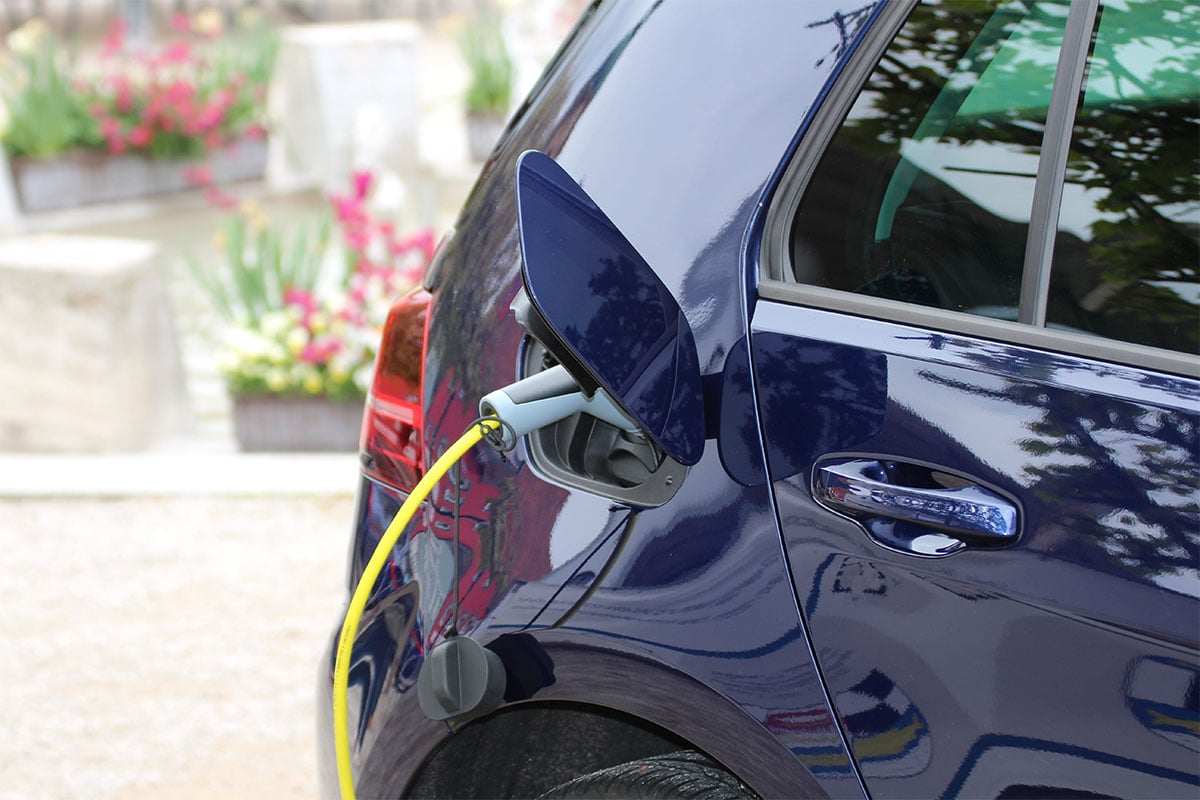 Lithium-sulphur batteries, which are lighter and cheaper than today’s models, may be the next generation of power cells that we use in electric cars or mobile phones – if scientists can get them to last for longer.

The main attraction is that they can store much more energy than a similar battery using current lithium-ion (Li-ion) technology. That means they can last substantially longer on a single charge.

They can also be manufactured in plants where Li-ion batteries are made – so it should be relatively straightforward to put them into production.

Rather than using costly cobalt, which is vulnerable to fragile global supply chains, they use sulphur, which is a cheap raw material available as a by-product of the oil industry. And their costs per unit of power can offer substantial savings.

So what is the hold-up?

The main problem is that current lithium-sulphur (Li-S) batteries cannot be recharged enough times before they fail to make them commercially viable.

It is all in the internal chemistry: charging a Li-S battery causes a build-up of chemical deposits that degrade the cell and shorten its lifespan.

The deposits form in thin, tree-like structures called dendrites, which branch up from the lithium anode – the negative electrode inside the battery. The deposits degrade the anode and the electrolyte, which is the medium in which lithium ions shuttle back and forth.

That reduces the power the battery can deliver and can also end up making a short-circuit, potentially causing a flammable electrolyte to catch fire. This is well-documented problem that can afflict Li-ion batteries, which is why airline safety requires backup power packs for mobile phones to be carried only in hand luggage, where smoke or a fire is more likely to be noticed or detected.

Battery cell developers have had difficulty getting the lithium to re-deposit smoothly and evenly back on the anode while recharging lithium-sulphur batteries, rather than in the ragged spikes.

He is the technical coordinator of the LISA project, which is working to optimise the various elements of lithium-sulphur batteries to make them compact enough – and reliable enough – to be used in small electric cars.

A primary goal is to preserve the lithium anode for many more recharging cycles.

To do that, LISA consortium partner Pulsedeon, of Tampere in Finland, uses lasers to deposit ceramic composite on the anode in layers just a few microns thick. This protects the lithium anode from degrading and prevents the growth of the unruly dendrite spikes.

The components of the lithium-sulphur cell all need optimising – from the anode and its protective ceramic layer, the membrane, the electrolyte and the cathode. And the LISA partners are working on various options for each.

While Li-S cells store can theoretically store up to five times the energy of Li-ion batteries by mass, they also take up more volume, so the researchers are focused on ensuring solutions are as compact as possible.

‘For mass integration (in passenger cars), we are talking about (something like) 10 years from now.’

One of the steps the LISA researchers are taking is working towards a solid electrolyte – the material that conducts ions (charged atoms and molecules) conducting material between the positive and negative terminals inside the battery.

Conventional lithium-ion batteries generally use an electrolytic gel or liquid, but these can pose a fire risk, even at low temperatures. So the LISA consortium is working on an electrolyte that minimises that risk.

They are currently experimenting with a combination of solid ceramic elements and an adaptable, flexible polymer.

Another approach is to incorporate a ‘chemical fuse’ into the cell. The idea is to enclose a material that has a heat-sensitive cut-off, behaving essentially like a trip-switch that stops the electrical flows if the temperature rises too sharply.

Dr Santos is confident that the LISA project will result in substantial improvements to the technology.

‘Even if we don’t have a final product (for passenger vehicles), for sure we’re going to have some results that can improve lithium-sulphur batteries,’ he said.

Much of the LISA work is building on the findings of a project called ALISE, which was led by Dr Christophe Aucher, Leitat’s principal researcher in energy storage.

Dr Aucher says a notable outcome from ALISE was that carmaker SEAT showed that Li-S technology offered 10% better driving range than lithium-ion technology for a plug-in-hybrid electric vehicle (PHEV) and about 2% better for a battery electric vehicle (BEV) – from a battery pack about 15% lighter than the equivalent.

‘We got (a) surprise that it was not working as well as lithium-ion, but (in fact) a bit better than lithium-ion,’ Dr Aucher said. ‘We are talking about a technology with only this low level of maturity, so that was kind of amazing.’

But ALISE’s batteries could only go through about 50 cycles before they failed and Dr Aucher suggested they would need about 20 times that to be viable in small electric vehicles.

Perfecting that and the final package, would take some time to be a true mass-market product in small vehicles.

‘For mass integration (in passenger cars), we are talking about (something like) 10 years from now,’ Dr Aucher said.

Meanwhile, the technology is proving worthwhile in applications where volume is not as critical as mass.

OXIS Energy, a partner to both projects and based near Oxford in the UK, is working with Mercedes-Benz to manufacture bus batteries, where a slightly bigger volume is outweighed by substantial weight savings, allowing more passengers to be carried.

And lithium-sulphur cells are already used in devices that demand lightweight batteries and can run for a long time off a single charge, such as drones or satellites.

The research in this article was funded by the EU. If you liked this article, please consider sharing it on social media. Published by Horizon.

The European Commission is currently running a competition to design the next generation of innovative batteries for electric vehicles. The challenge is to produce a prototype battery that recharges in the same amount of time as it takes to refuel a combustion engine car and can cover a similar distance on a single charge, maintaining this performance over a longer lifetime than current batteries. It is also expected to be safe, sustainable and recyclable and economical to produce, relying on materials that are easily available in Europe.

The idea of the prize is to strengthen knowledge, innovation and competitiveness in electric vehicle batteries and energy storage technologies, with the aim of encouraging a shift to electric vehicles and contributing to a reduction in greenhouse gas emissions.

The individual or team behind the winning prototype will receive €10 million. The deadline for entries is 17 December 2020 and the prize will be awarded at the end of 2021. For more information, visit https://ec.europa.eu/research/eic/index.cfm?pg=prizes_batteries.