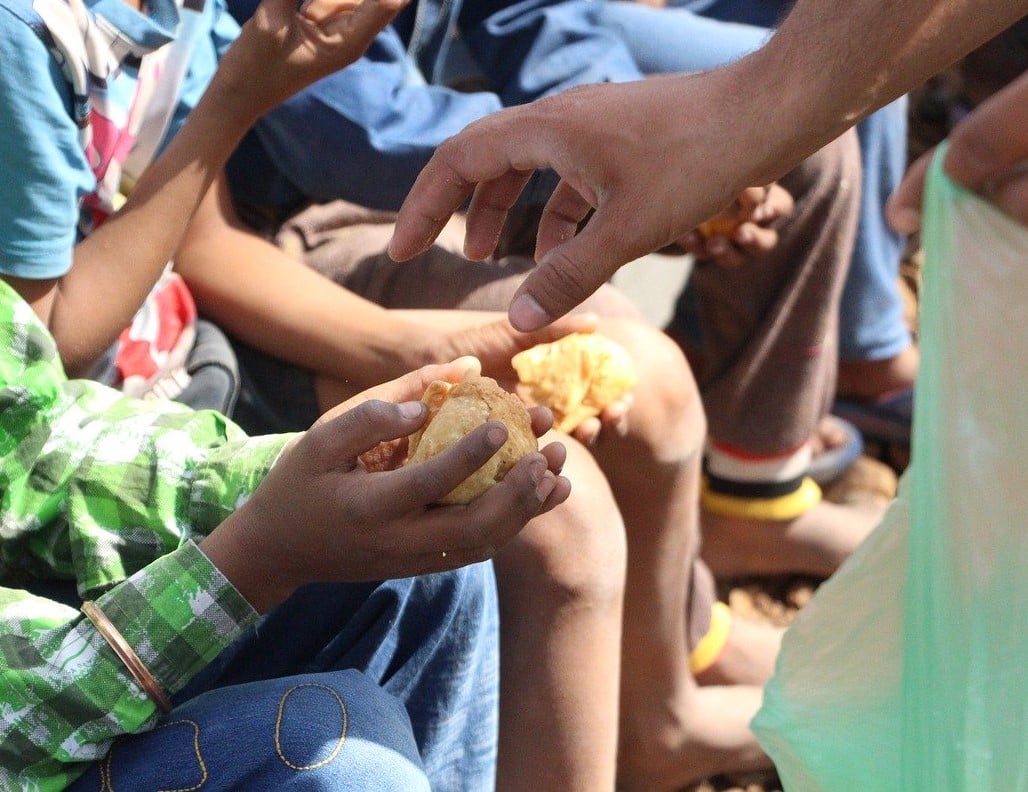 The world’s poorest – who have lost their incomes from illness or because of lockdowns – are disproportionately impacted by the coronavirus pandemic and, unless they receive enough support, hunger levels will soar and some countries may see rising violence, experts say.

Already 135 million people are on the brink of starvation because of conflict, climate change, extreme poverty and economic crises. The pandemic, and resulting loss of income, could nearly double that number to 265 million.

Without sufficient action, there will be a ‘brutal increase of mortality among the poorest of the poor’ due to social inequalities, says Professor Joachim von Braun, head of the University of Bonn’s Center for Development Research (ZEF), in Germany.

The poor are the most affected not only in low income countries, but also in countries like the US, Brazil and Peru, he says.

Increased violence is also a risk and has been reported in slums in parts of East Africa during food distributions, he says.

‘This leads not only to local violence, but it can ultimately lead to destabilisation of fragile states,’ he said.

Many developing countries have already scaled up their social protection programmes, including through food and cash transfers, says Prof. von Braun.

Countries must also get trade moving across borders again, and maintain children’s nutrition programmes, he says.

About 370 million children are missing out on school meals and, for many, this is their only meal of the day, says the UN children’s agency UNICEF.

Within six months, 1.2 million children could die and many more suffer severe malnutrition the agency warns.

Lawmakers around the globe are urging the International Monetary Fund and World Bank to cancel the debt of the poorest countries so money spent servicing debt repayments can be used to deal with the pandemic.

The Group of 20 economies have agreed to suspend debt service payments this year, and are calling on private creditors to offer something similar.

Researchers say they have to rely on anecdotal reports to understand how people’s ability to eat is affected by the pandemic.

There are no comprehensive statistics yet of how many are affected by loss of income, says Prof. von Braun. ‘We don’t even have sound statistics on increased mortality (in many countries),’ he said.

A small-scale survey in 15 countries in Africa and South Asia being carried out by ZEF found quite a few pockets where lockdowns have held up food supplies.

In general, though food is widely available people no longer have money to buy it, the survey has found.

‘We have seen in a number of countries that the decline in purchasing power has led to waste of fruit, vegetables and dairy products,’ said Prof. von Braun.

The urban poor worldwide are particularly vulnerable because they have no land to fall back on, says Ginluca Brunori, professor of food policy at the University of Pisa, Italy.

Without cash ‘they immediately fall below the level of survival’, he said.

In rural areas, migrant labourers and other landless people are also badly affected by the pandemic, says Prof. von Braun.

‘They’ve lost their jobs,’ he said. Under normal circumstances they don’t have access to credit, he says, and now cannot even repay small loans obtained through microfinance.

Countries such as Sierra Leone and Liberia have learned from previous pandemics about how lockdowns can cut off access to essential supplies, according to Prof. von Braun. The countries imposed severe lockdowns during the 2014-2016 Ebola outbreak leaving some families without food and clean water or access to routine health care.

‘This time they have been much more careful not to enforce lockdowns too strictly because otherwise people die from hunger, and diseases other than corona,’ said Prof. von Braun.

‘The international community should really pay attention to the fact that existing inequalities both within and between countries might increase.’

Although Europe has more robust welfare systems than developing countries, people living under the radar – including immigrants and the homeless – are among the most vulnerable as they cannot access government aid.

If help does not reach them, ‘people will starve’, said Prof. Brunori.

Immigrants need to be regularised so they can receive state aid – although this will be opposed in countries with a strong populist presence, says Prof. Brunori.

And municipalities must work with civil society groups to reach the most vulnerable, because charities know their needs and how to reach them, he adds.

That is likely to be a challenge for countries without a strong civil society, he says.

Global food systems have increased the availability of basic food including for the poor, but the long supply chains are vulnerable to crises, says Prof. von Braun. He is chair of the scientific group for the UN Secretary-General’s 2021 Food Systems Summit.

Africa imports billions of euros’ worth of meat and dairy products, wheat and processed foods from Europe each year.

Global exports are currently interrupted, which has caused volatility in wheat and rice markets. Volatility signals risk to producers and reduces their investment in future production, says Prof. von Braun.

The crisis highlights the fragility of this globalised food system and the need for change, according to experts.

Africa has to produce more food, Prof. von Braun says. ‘And we in Europe need to find ways to support that with good technology, good institutional innovations and foreign direct investment, not just aid,’ he said.

Food supplies are continuing only because food staff are still working despite risks of infection, says the Global Alliance for Improved Nutrition. The pandemic has shown supply chains need greater diversity to spread risk and shorter chains to reduce risk, it says.

Europe also needs to diversify its own food systems and boost links between cities and their local producers, says Prof. Brunori.

‘This does not mean you should create self-reliant food systems. But having a good basis for local food access would create societies and food systems that are more resilient to these shocks,’ he said.

A more diverse food system, which includes both large and small farmers for example, will also lead to greater biodiversity, says Prof. Brunori.

Prof. Brunori is co-authoring a report by the EU’s Standing Committee on Agricultural Research on how research can contribute to the Sustainable Development Goals, including sustainable diets for all.

Sabine Gabrysch, head of Climate Resilience at the Potsdam Institute for Climate Impact Research, in Germany, says she is very concerned that the lockdowns in many low- and middle-income countries will worsen food insecurity among poor households.

In her study site in rural Bangladesh, many labourers have lost their jobs and cannot afford to buy enough food. Also, local markets have fewer fresh foods available and prices are higher because of lockdown restrictions, says Prof. Gabrysch.

‘The international community should really pay attention to the fact that existing inequalities both within and between countries might increase. We should provide support to these countries, to these populations,’ said Prof. Gabrysch who is also professor for climate change and health at Charité – Universitätsmedizin Berlin.

As well as support for healthcare and to prevent hunger and malnutrition, the international community should help them revive their economies in a sustainable way, she says.

‘A crisis is always an opportunity for change for the better,’ Prof. Gabrysch said.

The way food is produced destroys ecosystems and destabilises the climate, while more than 2 billion people are malnourished, she says.

‘We have an opportunity to rethink now – what are our priorities? How can we live with nature, which is our life-support system, and with each other in a better way?’ she added.

‘We must try to emerge from the emergency in a way that accelerates the green transformation of our economies,’ she said.