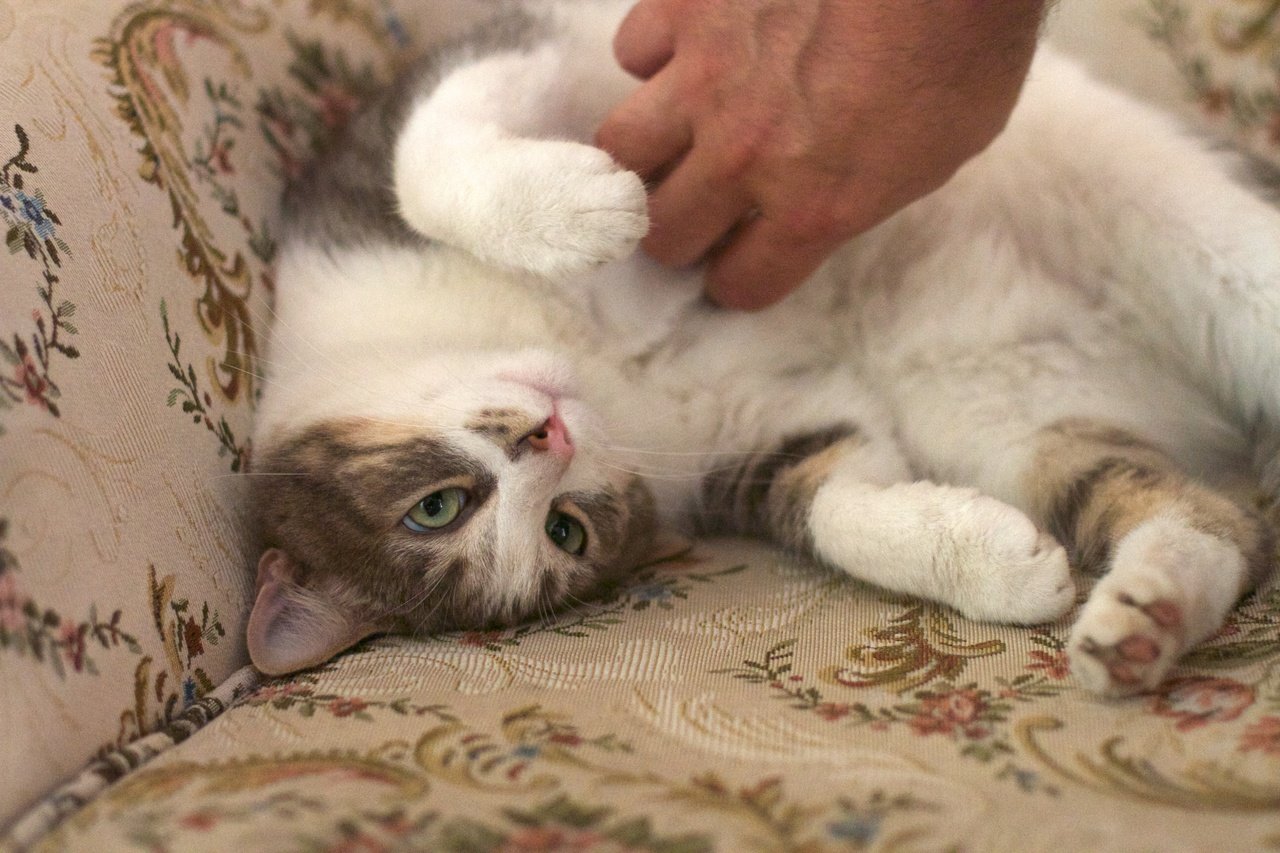 Ever tried tickling yourself? Next time you have a private moment, give it a go – you’ll find it next to impossible. With a few well-placed wiggles of the fingers, most of us could send children, friends and even some animals like rats into fits of giggles. The reason we can’t do the same to ourselves has long been a puzzle, but one that we may now be closer than ever to solving. Understanding it requires a deep dive into the workings of the brain; for such a playful activity, the science of tickling is surprisingly sophisticated.

The first thing to understand about our inability to self-tickle is that it’s just one example of a widespread phenomenon: humans respond differently to touch depending on whether the sensation was created by ourselves or something else.

If you clap your hands, then have someone else clap one of your hands with theirs, you will generally perceive the latter as more intense. This difference in how we perceive ourselves and other things in the environment isn’t limited to humans, or to touch. In 2003, a study showed that crickets perceive their own chirps as quieter than those of other crickets.

Having this ability makes sense in evolutionary terms, says Dr Konstantina Kilteni at the Karolinska Institute in Stockholm, Sweden. It’s useful to know if a sensation is worth paying attention to or not. ‘If you have a bug crawling up your arm, you want to be sure you notice that,’ she said.

A prerequisite to this is that our brains have a sense of body ownership, so that we know whether a touch comes from our own moving fingers, say, or some foreign object. Understanding how this works is probably a crucial part of getting to grips with tickling. Dr Kilteni says that a raft of studies began to probe this in the late 1990s, but while they established a link between the intensity of touch and where it originates, they didn’t explore the precise conditions for this. She began the Tickle Me project in 2017 to go deeper.

One of her key experiments involved looking at the way people perceived touches on their fingers using a clever set up of levers. In the first part of the experiment, people touched a lever with their left forefinger, which instantly triggered a second lever to touch their right forefinger.

Dr Kilteni then compared this with two variations. In the first, people let their left finger rest on a plate above the first lever, then the plate was removed letting the finger fall onto the lever. This triggered the second lever to touch the right finger, but crucially this was now involuntary. In a final variation, the right finger was touched by the lever without any input from the person at all. It turned out that people perceived the touches generated by these three methods as successively more intense, even though they were all made with the same force. This suggests that if the brain knows a touch is coming, it feels it as less intense. This confirms that one of the reasons we cannot tickle ourselves is because our brain has already planned it, says Dr Kilteni.

In a separate experiment that used the same lever equipment, Dr Kilteni also introduced a sneaky twist so that when the participants touched the first lever with one finger, there was a delay of a fraction of a second before the second lever touched their other finger. It turned out that this element of surprise was important; the delay made the sensation more intense. All this gives us another hint as to why self-tickling is so hard: when you tickle yourself it is hard to be caught unaware.

‘You have to get kind of rough with the rats to get them to laugh; it’s rough play they like.’

Dr Kilteni conducted a raft of experiments like this during her project, but perhaps the most telling paper she has produced came out just a few months ago and concerns an area of the brain called the somatosensory cortex, a part of the brain that receives sensory information from the body.

In one experiment she had 30 volunteers touch their index fingers together, and then separately have their fingers touched by a robot, while she scanned their brains using an fMRI machine. Some people seemed to perceive the self-touch as less intense than others, and Dr Kilteni could see that these individuals tended to have stronger connections between the somatosensory cortex and another area of the brain called the cerebellum.

The cerebellum, or ‘little brain’, is found at the nape of the neck. It is central to the control of our bodies’ movements but it is also thought to play a crucial role overseeing cognitive processing. Think of the brain like a factory with different parts processing different information and the cerebellum is the quality control supervisor. Neuroscientists suspect that the cerebellum sends signals to dial down the perception of tickling in the somatosensory cortex when it is our own fingers, not someone else’s, at work. Dr Kilteni’s fMRI studies lend weight to that hypothesis.

Over in New Jersey, US, Dr Marlies Oostland is planning to further probe this connection through her NeuroTick project. One of Dr Oostland’s project supervisors, Professor Michael Brecht, at the Bernstein Center for Computational Neuroscience at Humboldt University of Berlin, Germany, was the scientist who along with his colleague Dr Shimpei Ishiyama, discovered that rats are ticklish in 2016. They showed that when tickled, rats emit ultrasonic ‘laughs’ and that their somatosensory cortex lights up like a Christmas tree at the same time.

Tickling the rats didn’t come entirely naturally to Oostland when she had a go on a visit to Berlin. ‘I’m used to working with mice, so I was too gentle,’ she said. ‘You have to get kind of rough with the rats to get them to laugh; it’s rough play they like.’

Dr Oostland is beginning her project at Princeton University by making fundamental studies of how the cerebellum in mice predicts the animals’ movements. She is using probes to measure the activity of individual cells in the cerebellum of a mouse to understand what’s going on in its brain as she puffs air at their whiskers (which isn’t unpleasant but should be surprising).

Armed with this understanding, the plan is for her to then move to Prof. Brecht’s lab in Germany in two year’s time to study the connection between the cerebellum and somatosensory cortex and try to confirm whether and how the signals pass between the two.

As well as helping us build a better fundamental understanding of the most sophisticated object in the universe, the human brain, Dr Oostland says work like this could help us understand autism spectrum disorder better too. People who have an injury to the cerebellum soon after birth have a 36 times higher chance of developing autism later in life. We don’t fully understand why, but Dr Oostaland says fundamental studies like this could help.