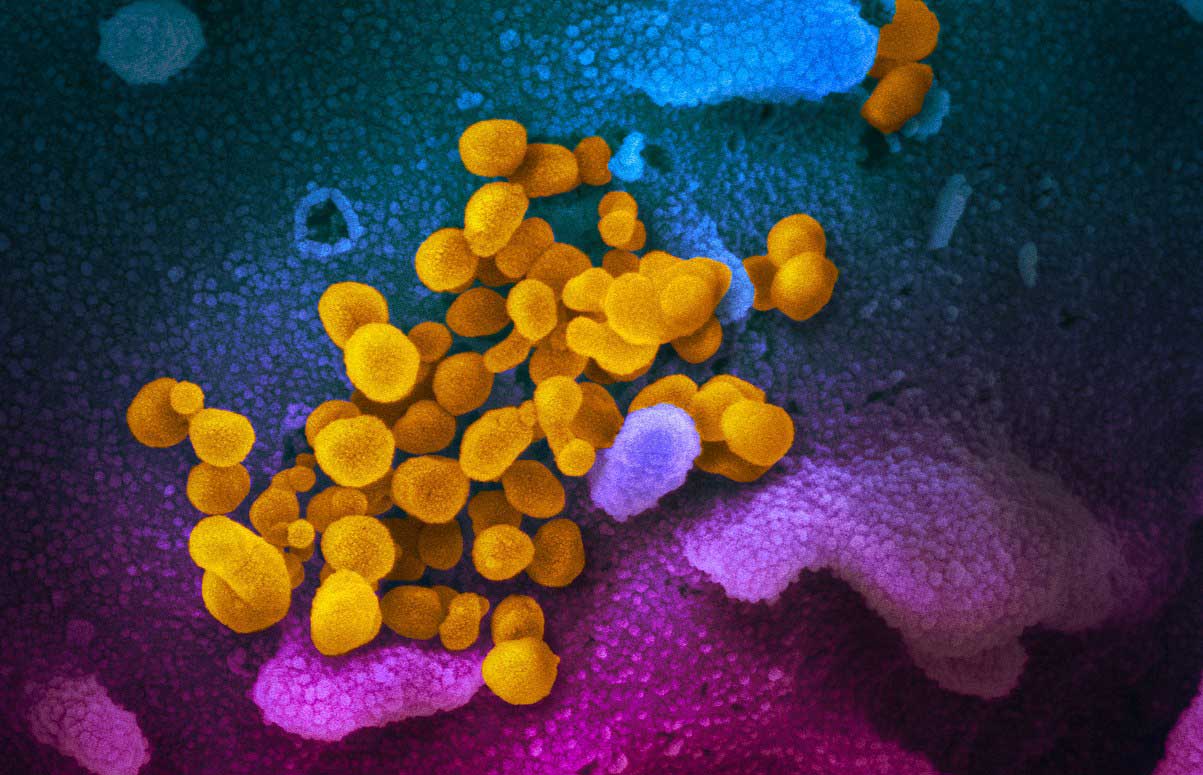 Social distancing policies, such as cancelling high-density gatherings, discouraging handshakes and asking people to increase their distance from each other will delay a coronavirus pandemic and help health authorities plan resources, according to epidemiologist Dr Vittoria Colizza who is modelling the spread of Covid-19 and the effectiveness of interventions.

It has taken just twelve weeks for the new coronavirus to go from being a previously unknown disease to a global threat. On March 11, the World Health Organization confirmed that the outbreak is a pandemic. Since it first appeared in the city of Wuhan, China, in mid-December, Covid-19 has claimed more than 4,000 lives and has spread to every continent on the planet, apart from Antarctica.

But as unwitting travellers have picked up the virus – now officially named Severe Acute Respiratory Syndrome Coronavirus 2 (SARS-CoV-2) – carried it to new locations and infected others, an international consortium of scientists has been tracking its spread and attempting to predict where it will strike next.

Their efforts are part of an unprecedented level of cooperation between researchers around the world as they attempt to understand the new virus and the disease it causes.

‘We have learned a lot in the last two months,’ said Dr Vittoria Colizza, research director at the French National Institute of Health and Medical Research (Inserm). ‘This is a new virus, which means everybody is potentially susceptible because they have not encountered it before. It shares some characteristics with other viruses that cause the common cold or flu in terms of symptoms, for example, but it is also different in terms of contagion and its impact on the population in terms of mortality.’

Dr Colizza, who is also an epidemiologist at the Pierre Louis Institute of Epidemiology and Public Health in Paris, France, is playing a key part in the scientific community’s response to Covid-19. She leads the computer modelling work for an EU-funded project called MOOD, which started in January, and uses models to help predict how the virus will spread and how it might be contained.

MOOD is using advanced data mining techniques to gather information about the rapidly changing situation from multiple sources. These include case reports from health authorities, details of symptoms in patients and also new academic research on the disease.

Every time there is a new outbreak, they can use the new data to test and improve their models. ‘We are collecting data about cases from around the world with as much details as possible – the onset of symptoms, the travel they made, contacts they had,’ said Dr Colizza.

The team then combines this with information about human behaviour, such as daily routines and travel patterns, so they can analyse where else the outbreak might spread.

‘Initially we were using air travel data to work out how the coronavirus might spread out of China,’ said Dr Colizza. ‘One of the teams on the project has also been using location data from cell phones in China to look at how people moved around and interacted with each other.’

‘In general, the objective when you are in an epidemic phase is to implement social distancing to delay the pandemic.’

Back in January, MOOD researchers combined 2013-15 location data from Chinese internet company Baidu with international air travel data to predict the virus’ spread from Wuhan to other cities as people travelled over the Chinese New Year period.

Dr Colizza and her colleagues used their models to assess how travellers flying from China might bring the virus to other parts of the world. Their early analysis found that in Europe, the UK, Germany, France and Italy were most at risk.

‘These countries were the first to confirm cases in Europe,’ said Dr Colizza. They also currently account for the highest number of cases in Europe, with the biggest outbreak in Italy.

The team also made an early analysis of the risk to countries in Africa, many of which lack the advanced disease monitoring, public health and hospital resources of wealthier nations, such as those in Europe.

Using flight data, their models predicted, before there had been any cases in Africa, that Egypt, Algeria and South Africa were most at risk of the virus due to the movements of people to and from infected Chinese cities. Ten African countries have currently reported about 100 cases. They also warned that many countries at moderate risk were highly vulnerable due to their limited health services, particularly because there were only two diagnostic laboratories capable of identifying coronavirus cases on the whole continent.

After the team published the paper on an open source site, the WHO announced additional resources for the region, helping to increase the number of diagnostic centres to 26.

The team are currently using their models to evaluate what might happen as a result of a number of non-pharmaceutical interventions aimed at social distancing, such as working from home and school closures. ‘We can look at the results of actions they (health authorities) might take,’ said Dr Colizza. ‘(For example) we can test in our model what might happen if they close a school or if they don’t close a school.’

They are also analysing the strategy that is being employed by the French authorities, such as cancelling large-scale public events and banning gatherings such as markets in badly affected areas. Events such as these, where large numbers of people travel to and gather in one place can allow viruses to spread more easily.

‘Air travel is important in the initial phase of an epidemic as it brings the epidemic from one place to another at global level, but also from one region to another in a country,’ said Dr Colizza. ‘As soon as you have transmission in the community, what is important to slow down the epidemic is to reduce contacts along which the virus could spread.

‘For Covid-19, these are face-to-face or physical contacts – conversation, shaking hands, kissing. So, high density situations need to be avoided or cancelled. People should increase their distance from others.’

For the MOOD project, the aim right now is to get a sense of how the situation in Europe will evolve, she says.

‘(This is) so health authorities can have an idea of the number of patients they might have arriving at hospital, how many intensive care beds they might need, how much oxygen they will need,’ she said.  ‘We are doing this work as we speak, so it is too early to say what the results will be, but we hope to have them soon.’

Unfortunately, with outbreaks that spread as rapidly as the new coronavirus, the best authorities can hope for is to slow and contain the virus for as long as possible, she says.

‘In general, the objective when you are in an epidemic phase (of a disease such as the coronavirus) is to implement social distancing to delay the pandemic,’ she said.

Delays should allow the pressure already on healthcare systems from the seasonal flu to ease as the winter draws to an end. This also buys time for new treatments and vaccines against the new coronavirus to be developed.

But even with this work, there are still many unanswered questions about the new coronavirus.

‘We don’t know how children are affected by the infection,’ said Dr Colizza. ‘There have only been a relatively small number of cases in children and we don’t know if this is because they are less prone to being infected or if they don’t show symptoms but can transmit the disease anyway.

‘We also don’t know the number of asymptomatic infections or about what the mortality will be like in Europe, which has different health systems and population profiles to China.

‘We also don’t know much about immunity at this stage – if someone has been infected and recovers, will they have immunity to it and for how long? Can we expect a second wave of this diseases next year?

‘As more information is shared, we are getting answers to more of these questions.’