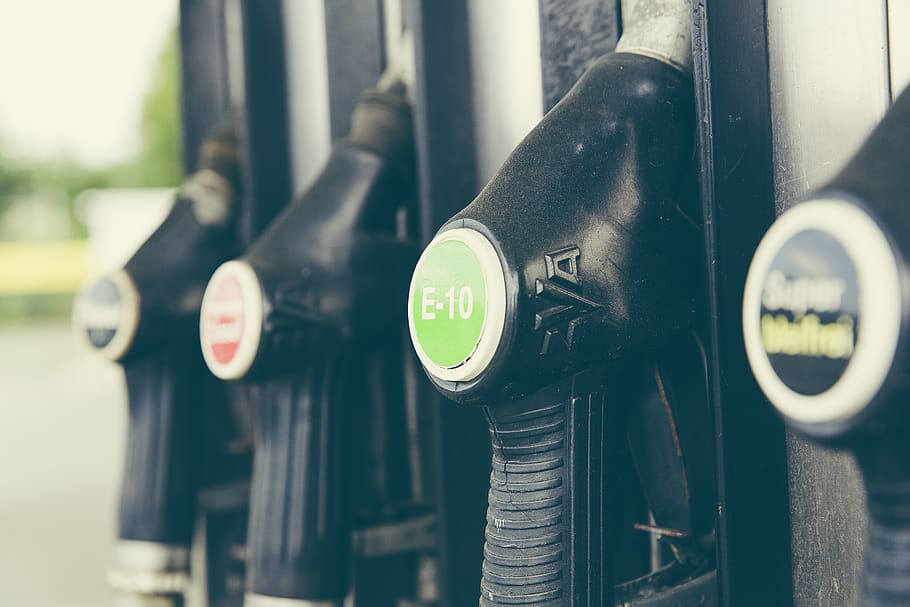 By 2030, a fifth of the fuel that motorists put into the petrol tanks of their cars could be alcohol, according to research concluding that new petrol and ethanol blends can reduce carbon emissions from Europe’s transport sector with little additional cost to consumers.

Labels that carry a single letter followed by a number are found on petrol pumps across Europe. Many motorists probably don’t notice these codes, or aren’t aware that when they use a pump which has one, they’re putting alcohol into their cars.

The alcohol, in the form of ethanol derived from plants, is part of efforts to make the fuels we put in our vehicles more environmentally friendly. Most petrol now sold at pumps in Europe is a blend of 5% bioethanol and 95% gasoline, denoted by an E5 label, while some countries have moved to a new generation of fuel that contains up to 10% bioethanol, known as E10.

And as the world looks to reduce its impact on climate change by cutting emissions from fossil fuels, motorists in the European Union could soon be putting even more alcohol into their tanks.

The European Committee for Standardization (CEN) commissioned research looking at the costs and benefits of introducing a fuel containing 20% bioethanol, or E20. The results from the project, which concluded towards the end of 2019, will help them develop new quality and specification standards that will be required before it can be sold.

‘The conclusion we have reached is that all the vehicles coming onto the market and those since 2011 should be able to handle fuels with up to 20% ethanol,’ said Ortwin Costenoble, a senior standardisation consultant at the Royal Netherlands Standardization Institute (NEN), which led the project. ‘We were working on the basis that in 2030, countries would adopt E20 as the main source of fuel.’

While bioethanol still produces carbon dioxide when it burns, because it is made from plants rather than fossil fuels that take millions of years to form, it is considered to be a renewable fuel. It is also considered to be greener, partly because as the plants grow, they absorb carbon dioxide from the air and store it before it is converted into fuel and burned. This means they are not releasing additional carbon into the atmosphere as happens when fossil fuels are burned.

A litre of pure ethanol also produces about two thirds of the carbon emissions compared to a litre of ordinary petrol. But ethanol contains less energy per litre than petrol, so a non-optimised car will need more alcohol to travel the same distance as it would with fossil fuel. This eats away at the carbon emission savings that are possible from using ethanol. And to produce the alcohol in the first place also requires energy, probably using fossil fuels, which can further reduce carbon savings.

But the CEN study found that while fuel consumption would go up if countries switched to using E20 fuel, due to the increased amount of ethanol, carbon dioxide emissions overall would go down 10% compared to all cars using E10.

‘If you use a normal octane fuel blend with 20% bioethanol, the fuel consumption increases only by 4%,’ said Costenoble. But with more ethanol you may allow the octane component of gasoline to rise, and vehicles running on fuels with a higher-octane rating tend to be more efficient.

The researchers estimated that if all 28 EU countries (the UK was still part of the EU at the time of the study) adopted E20, it could reduce greenhouse gas emissions by the equivalent of 25.4Mt (mega-tonnes) of carbon dioxide – about 8.2% of the current emissions from gasoline in the EU.

‘We were working on the basis that in 2030, countries would adopt E20 as the main source of fuel.’

And there are concerns about how sustainable large-scale bioethanol production can be. Most bioethanol sold in the EU is produced by fermenting sugars contained in primary crops like maize, wheat, and sugar beet. This can take up land and resources that could otherwise be used to grow food.

Efforts, however, are underway to produce a second generation of biofuels that could overcome this problem.

‘Some of our members are starting to use agricultural wastes and residues left behind from food crops,’ said Victor Bernabeu, senior technical and regulatory affairs manager at the European Renewable Ethanol Association, also known as ePURE. But justifying investment into such technologies has been difficult because there have been regular changes to the renewable energy policy framework, says Bernabeu.

Existing policies are one of the roadblocks standing in the way of E20 fuel from coming on the market in the EU. The fuel quality directive, for example, currently only allows 10% of a fuel to be replaced with ethanol, a measure originating from a time when the impact of increasing alcohol levels on vehicle emissions was unknown.

‘It seems like a logical step to introduce E20 and everyone we spoke to seems to want it, but at the moment it is an illegal fuel,’ said Costenoble. A change in the regulations will be needed before it can be introduced, but he hopes manufacturers and standardisation writers will begin preparing for E20 before that happens.

Another hurdle will be public acceptance. As most vehicles currently on the road are able to run on E10 and can move to E20 with some calibration or inexpensive upgrades costing a few hundred euros, there is unlikely to be much public opposition, according to Bernabeu.

But if the cost of fuel itself increases because it contains higher levels of ethanol, it is likely to be welcomed far less. The work by Costenoble and his colleagues, however, found that E20 could be produced with current refinery infrastructure, which would need minimal adjustments.

Making the fuel supply logistics chain compatible with E20 would cost less than one cent per litre, says Costenoble.

But the cost of fuel to consumers mainly depends on varying market price of oil and ethanol, combined with the tax applied by different countries. Currently ethanol costs slightly more than gasoline, but many countries in Europe do not levy tax on the ethanol in fuel. This could help to offset any additional cost to consumers, says Costenoble.

Bernabeu believes that the reduced environmental impact of shifting to E10 and then E20 fuels could also make them more acceptable to motorists.

‘Lots of people are probably not aware they are consuming ethanol in their cars at the moment already,’ said Bernabeu. He points to countries where E10 has been introduced, such as Belgium and France, where he says there have been major public information campaigns. ‘(E10) has been pitched as a greenhouse gas reduction measure, so it has been widely accepted.’