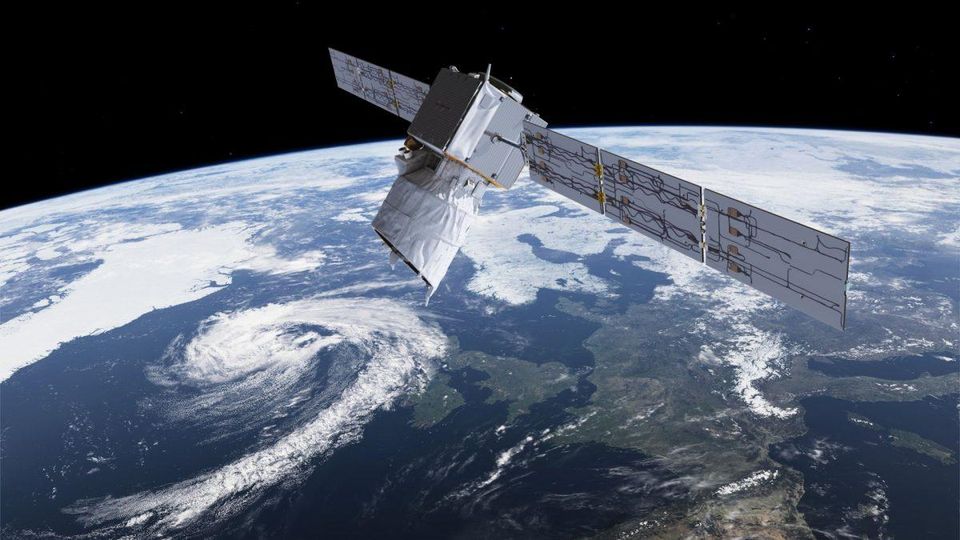 We need to improve how we keep track of objects in space and predict where they will go in order to avoid collisions in Earth’s increasingly crowded orbit, according to Dimitra Stefoudi, a space law researcher from Leiden University in the Netherlands.

In September 2019, the European science satellite Aeolus avoided a collision with a satellite from the US company SpaceX. Although only a near-miss, the incident highlighted how space is becoming more and more crowded – and there are some concerns our space laws are no longer adequate.

What issues did the September 2019 SpaceX-Aeolus incident highlight?

‘It mostly showed the need to have better space situational awareness (keeping track of objects and predicting where they will go). We do have some knowledge about how many objects are in space (and where they are located), (but) a lot of things in orbit can change. The speeds are very, very fast. There are some pieces that are not functional, or not communicating or operational (known as space debris), and not having a very clear view of what is out there brings out all these problems.

‘So far this has not been such a problem, we had enough space for everyone. But the more launches we do, specifically these large satellite constellations (and small non-manoeuvrable satellites), do bring out these problems of not knowing exactly what is happening in space, and increase the risk of some damage or creating debris.’

Are private companies changing how we manage satellites in orbit?

‘Private actors have to be licensed by a certain state (country). A lot of states keep a national registry of what objects they are launching, and where they are launching them. But there is also an international registry maintained in the UN, and a convention in the registration of space objects, that calls for states to share information about their space missions and about their position, location, and purpose. So it’s not necessarily a problem created by the private sector, but the more the launches come from commercial partners, the more this problem is accentuated.’

‘We have way more objects and a greater need to know what is out there.’

What are the current rules for operating in space?

‘There are plenty of rules regulating space activity (such as using space resources or launching rockets). Space law in general might seem like a very narrow field, but there are international regulations, (including) five UN treaties, that regulate the activities of the state, and by (extension) also private parties in outer space. Many countries also have their own national space legislation. So there is a good part of space activities that is regulated.’

Do we need new laws to regulate activities in space?

‘There’s so much development lately in terms of space technology, and the commercialisation of space and the involvement of more private actors, that a lot of these laws do not seem enough anymore. International space law adopted between the 60s and 80s has not foreseen a lot of the things we are dealing with now, such as space debris and human spaceflight.

‘We have way more objects and a greater need to know what is out there.

‘In international law, and specifically in space law, things can be quite slow. Until then, we should definitely reconsider the laws we already have, and interpret them in a way to help us with the challenges we face, and definitely look into regulating a few aspects. For instance, space situational awareness and space traffic management are things that could be and perhaps should be regulated internationally.’

Dimitra Stefoudi says that researchers should look into how to monitor traffic in space and use data to assess potential threats. Image credit – Dimitra Stefoudi

How can research help?

‘In the context of developing space situational awareness and space traffic management, at first stage research should be focused on related scientific and engineering issues, such as what kind of data technology can be used to effectively monitor traffic in space and what data analysis methods can be used to assess potential threats. Even though there are educational and research programs at the moment on planetary science and exploration, on data science and on space monitoring, they don’t take into account SSA/STM.

‘Alongside this, it would be useful to examine the specific legal and policy challenges around STM and SSA. One of the main burdens at the moment is how to overcome the security aspects that prevent countries and other entities from sharing information about their space objects and space missions, as well as how to cooperate in sharing information.’

‘There’s definitely a lot of discussion about AI in space in general. To have machine learning to help us guide ourselves out there will help a lot, in the sense that a lot of things can be automated. If we can benefit from machine learning in warning us that something may be going wrong when we’re not paying close attention, it would certainly be beneficial. But I would say right now it’s something of a luxury that would be very nice to have, but is not as important as having something without machine learning support that would help us navigate in outer space.’

Who is liable if there is a collision in space?

‘In international space law, this issue of responsibility and liability is very clear. We have the Outer Space Treaty, which is a highly recognised international document. And it says that states are responsible for the activities of their nationals in outer space. For liability, the Outer Space Treaty (and the Liability Convention) says the launching state is liable for any damage that its space objects cause.’

What role does the European Union play in space traffic management?

‘Quite prominent, especially because it represents a group of states. The European Commission has a (recent) policy about space situational awareness, specifically recognising all these problems and trying to do something about it. I consider this to be a very good step. The main problem with space traffic management and space situational awareness at the moment is that it needs broad cooperation not only by European states but by many other states in order to gather as much information as possible.’

Where else can Europe play a role?

‘When it comes to more direct space applications like Earth observation and space situational awareness, the regulation that the EU has already introduced, and what it might introduce in the future, are not only creating an example for other countries but they also help European countries to regulate their activities, and hopefully use them to sustainably develop their space sector.

This interview has been condensed and lightly edited.