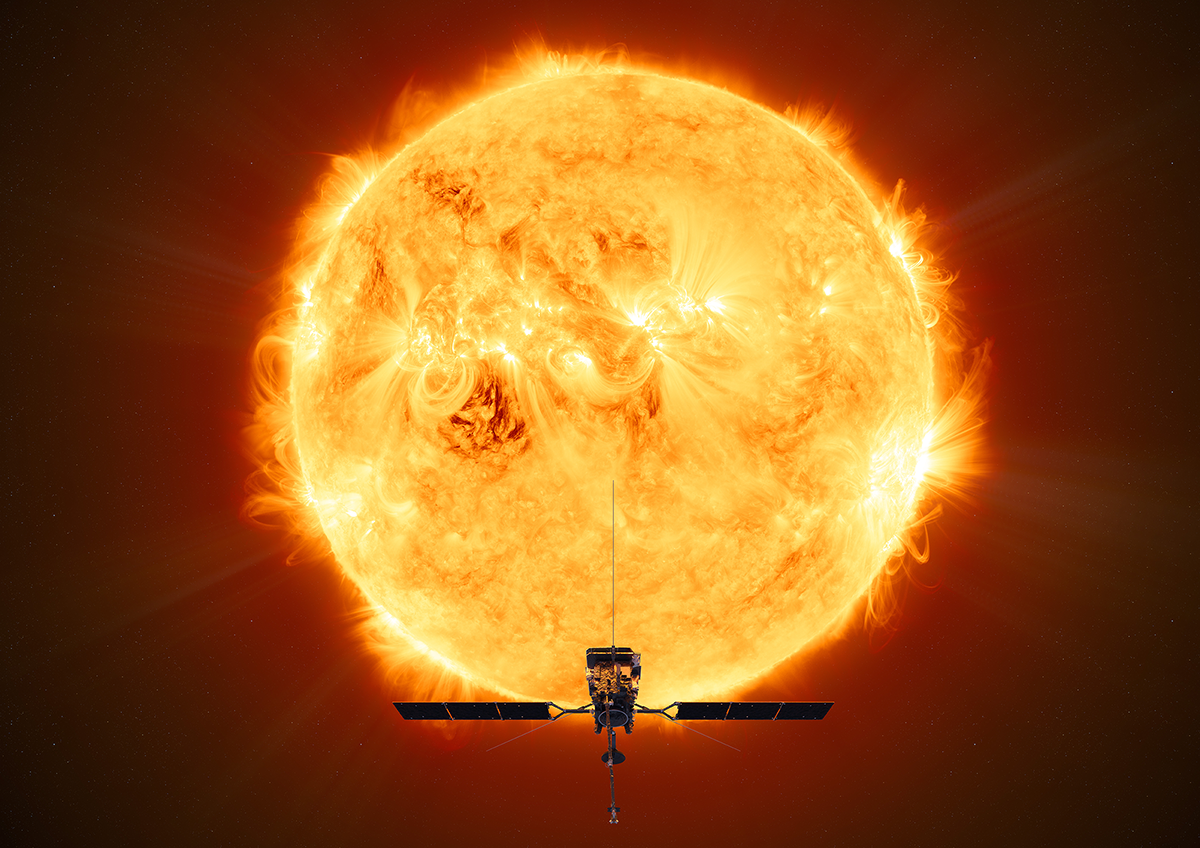 At 23.03 (local time) on Sunday 9 February, Europe’s newest mission to study the sun is set to lift off from Cape Canaveral in Florida, US. Called Solar Orbiter, this European Space Agency (ESA) mission will travel to within the orbit of planet Mercury to study the sun like never before, returning stunning new images of its surface.

Equipped with instruments and cameras, the decade-long mission is set to provide scientists with key information in their ongoing solar research. We spoke to three solar physicists about what the mission might teach us and the five unanswered questions about the sun it might finally help us solve.

Dr Emilia Kilpua from the University of Helsinki in Finland is the coordinator of a project called SolMAG, which is studying eruptions of plasma from the sun known as coronal mass ejections (CMEs). She says this proximity, and a suite of cameras that Parker Solar Probe lacks, will give Solar Orbiter the chance to gather data that is significantly better than any spacecraft before it, helping us monitor CMEs.

‘One of the great things about Solar Orbiter is that it will cover a lot of different distances, so we can really capture these coronal mass ejections when they are evolving from the sun to Earth,’ she said. CMEs can cause space weather events on Earth, interfering with our satellites, so this could give us a better early-warning system for when they are heading our way.

One of the major unanswered questions about the sun concerns its outer atmosphere, known as its corona. ‘It’s heated to (more than) a million degrees, and we currently don’t know why it’s so hot,’ said Dr Alexis Rouillard from the Institute for Research in Astrophysics and Planetology in Toulouse, France, the coordinator of a project studying solar wind called SLOW_SOURCE. ‘It’s (more than) 200 times the temperature of the surface of the sun.’

A consequence of this hot corona is that the sun’s atmosphere cannot be contained by its gravity, so it has a constant wind of particles blowing out into space, known as solar wind. This wind blows at more than 250km per second, up to speeds of 800km per second, and we currently do not know how that wind is pushed outwards to supersonic speeds.

Dr Rouillard is hoping to study the slower solar wind using Solar Orbiter, which may help us explain how stars like the sun create supersonic winds. ‘By getting closer to the sun we collect more (pristine) particles,’ he said. ‘Solar Orbiter will provide unprecedented measurements of the solar wind composition. (And) we will be able to develop models for how the wind (is pushed out) into space.’

‘One of the great things about Solar Orbiter is that it will cover a lot of different distances, so we can really capture these coronal mass ejections when they are evolving from the Sun to Earth.’

During the course of its mission, Solar Orbiter will make repeated encounters with the planet Venus. Each time it does, the angle of the spacecraft’s orbit will be slightly raised until it rises above the planets. If the mission is extended as hoped to 2030, it will reach an inclination of 33 degrees – giving us our first ever views of the sun’s poles.

Aside from being fascinating, there will be some important science that can be done here. By measuring the sun’s magnetic fields at the poles, scientists hope to get a better understanding of how and why the sun goes through 11-year cycles of activity, culminating in a flip of its magnetic poles. They are set to flip again in the mid-2020s.

‘By understanding how the magnetic fields are distributed and evolve in these polar regions, we gain a new insight on the cycles that the sun is going through,’ said Dr Rouillard. ‘Every 11 years, the sun goes from a minimum activity state to a maximum activity state. By measuring from high latitudes, it will provide us with new insights on the cyclic evolution of (the sun’s) magnetic fields.’

Occasionally the sun erupts huge arm-like loops of material from its surface, which are known as prominences. They extend from its surface into the corona, but their formation is not quite understood. Solar Orbiter, however, will give us our most detailed look at them yet.

‘We’re going to have very intricate views of some of these active regions and their associated prominences,’ says Professor Rony Keppens from KU Leuven in Belgium, coordinator of a project called PROMINENT which is studying solar prominences. ‘It’s going to be possible to have more than several images per second. That means some of the dynamics that had not been seen before now are going to be visualised for the first time.’

Some of the sun’s largest prominences come from near its poles, so by raising its inclination Solar Orbiter will give us a unique look at these phenomena. ‘They’re called polar crown prominences, because they are like crowns on the head of the sun,’ said Prof. Keppens. ‘They encircle the polar regions and they live for very long, weeks or months on end. The fact that Solar Orbiter is going to have first-hand views of the polar regions is going to be exciting, especially for studies of prominences.’

By studying the sun with Solar Orbiter, scientists hope to better understand how its eruptions travel out into the solar system, creating a bubble of activity around the sun in our galaxy known as the heliosphere. This can of course create space weather here on Earth, so studying it is important for our own planet.

‘One of the ideas we have is to take measurements of the solar magnetic field in active regions in the equatorial belt of the sun,’ said Professor Keppens. ‘We’re going to extrapolate that data into the corona, and then use simulations to try and mimic how some of these eruptions happen and progress out into the heliosphere.’

The research in this article is funded by the European Research Council. If you liked this article, please consider sharing it on social media.