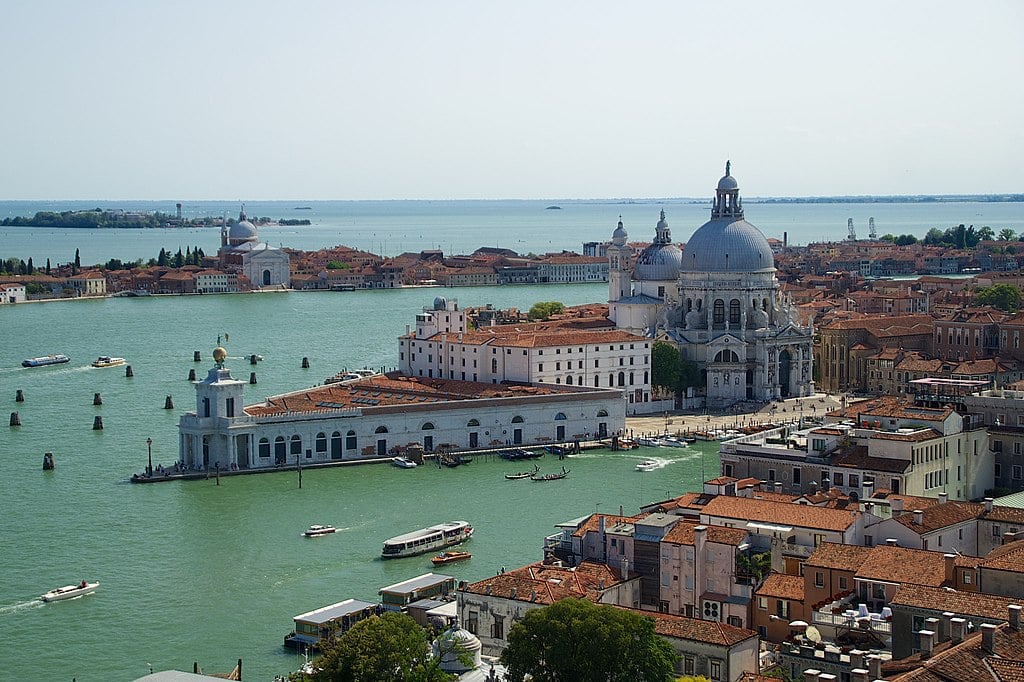 When the worst floods since 1966 submerged the city of Venice in November 2019, the blame was laid on its incomplete mobile flood gates. They have been under construction since 2003 but were not ready in time to save the Italian city. But elsewhere in the Venetian lagoon, there was a different story to tell. In 1966, the coastal sides of Lido and Pellestrina islands also flooded, but this time they didn’t.

Lido and Pellestrina are long, thin islands that separate the Venetian lagoon from the Adriatic Sea. They survived this time thanks in part to a submerged breakwater – a kind of underwater giant wall that breaks the force of the sea and reduces erosion.

The breakwater is just one element in a combination of many different interventions that paradoxically make Venice a textbook case of how to tackle coastal erosion and flooding, according to Professor Barbara Zanuttigh, an expert in coastal engineering at Bologna University in Italy and a 2019 recipient of the EU’s Horizon Impact Award.

Prof. Zanuttigh studied eight European coastal sites to find best practices in coastal management as part of a project called THESEUS, from which she produced guidelines for policymakers.

Because coasts are at risk from multiple hazards, such as erosion, floods and habitat deterioration, Prof. Zanuttigh says that a joined-up approach in which everyone has a stake and which harnesses engineering, ecological and social responses is vital. Taking such a holistic approach is critical to adapt to climate change, she says.

In Venice, their integrated approach began in 1995, overseen by the Consorzio Venezia Nuova on behalf of Italy’s Ministry of Infrastructure and the Venice Water Authority.

They were dealing with a problem that has been centuries in the making due to factors including the diversion of rivers that used to empty into the lagoon, the extraction of ground water, and the excavation of deep lagoon channels to allow the passage of ships (which has modified lagoon currents and damaged the sea floor).

Lagoon activity has depleted sea grass and salt marshes and that is not just a problem for the fish and the birds, says Prof. Zanuttigh: sea grasses stabilise the sea floor while the marshes dissipate waves.

Once complete, the mobile flood barriers, known as MOSE (Modulo Sperimentale Elettromeccanico), will be the centrepiece of Venice’s defences, but there also have been many other measures to protect the coast.

The works started in 1997, with the construction of the submerged permeable breakwater and a series of groynes – long jetties built out from beaches into the sea – along the island of Pellestrina. The structural interventions were combined with a huge injection of sand lifted from the seabed to create Pellestrina beach.

The breakwaters dissipate the waves, the groynes stabilise the beach and the beach itself contributes to reducing the wave run-up and overtopping of the large sea walls known as Murazzi. Along the island of Lido, the sediment movement was regulated with the construction of a series of groynes, and there was significant nourishment and reinforcement of about 9 km of ancient dunes.

These all helped protect lagoon settlements and the lagoon as a whole in November’s flood, says Professor Adriano Sfriso, a specialist in aquatic plants at the University of Venice. ‘During the (recent) exceptional high tide event … they protected the islands from the marine side while in 1966 the coast was completely destroyed,’ he said.

Some erosion measures inside the lagoon were not successful. Engineers used concrete and other rocky materials to make solid borders around salt marshes and filled them with 14 million cubic metres of sediment dredged from the lagoon floor. These measures were not so effective, says Dr Luca Palmeri, a specialist in ecological engineering at the University of Padova in Italy. In some cases they turned the salt marshes into artificial islands while in others, tides have carried away the sediment and the borders are all that remains.

Since then, Dr Palmeri has led a team under a project called Life VIMINE piloting a more sustainable approach: using only natural materials, sourced locally to minimise both the financial and the carbon cost, and enlisting local fishermen in the hopes that they will spread the word about the new approach.

‘The idea is to change the paradigm and not to use huge very costly methods but let’s try to find a more intelligent strategy (oriented towards sustainable, integrated management),’ said Dr Palmeri.

His group bundled together local brushwood to make borders which they filled with mud that had already been dredged from nearby canals.

It is too early to tell whether the measures will endure and whether local people will continue the work beyond the 30 hectare pilot area in the north of the lagoon. But Dr Palmeri thinks it is a good sign that young fishermen were ‘very happy to discover that what their grandfathers taught them when they were kids was relevant now’.

Recently Prof. Sfriso, as part of a project known as Life SERESTO, has led fishermen and hunters in planting sea grasses over an area of lagoon floor equivalent to about 15 golf courses.

Where the floor is too degraded for replanting, they are hoping to grow macroalgae instead – to absorb an excess of nutrients in the water, divert fishermen from clam fishing (which damages the lagoon floor) and provide an income from its sale as agar or antioxidants.

‘The aim was to show that great works and means to restore the environment are not needed, whilst the participation of the stakeholders plays a key role,’ said Prof. Sfriso.

To achieve the overall goal of coastal protection, ecosystem preservation and safety of the urban area, the multitude of interventions need to mesh together, Prof. Zanuttigh and Prof. Sfriso say. For example, sea grasses could mitigate the effects of mobile gate closures by cycling nutrients when there is no tide to flush the lagoon.

But the failure of the mobile gates has undermined other interventions, they say.

In late January, the Consorzio Venezia Nuova, announced that MOSE would become operational in the case of emergencies from June, but it won’t be completed until 2021.

Whether this multi-billion euro piece of engineering will ever take its place as king of the Venetian flood responses is in doubt, says Prof. Sfriso. ‘We still have no proof that some parts of the system can withstand extreme conditions. Furthermore, the costs for the closures are extremely high and those for maintenance have risen to €100 million per year, an expense that is surely unsustainable.’

Prof. Zanuttigh wants to see them finished as soon as possible: ‘We cannot start from scratch again. Even if the design is not the one I would have suggested, I would like to see them working in time to face the next storm and clustering with the other adaptation measures.’

To successfully protect coasts while adapting to climate change, THESEUS developed a number of principles. These include taking a multi-hazard approach where more than one problem is tackled at a time, finding solutions that work with nature and protect ecosystems, and taking a holistic approach to risk assessment and management which addresses environmental, social and economic impacts. These principles are now being implemented at sites across Europe.

In the port of Hvide Sande, Denmark, an artificial surf reef was constructed to tackle erosion and flooding by supplying sand to the beach, while also improving conditions for surfing. In Wadden, the Netherlands, researchers are using mud dredged from harbours to fortify coastal mud flats and promote salt marsh growth, aiming to tackle erosion and flooding. And in Antwerp, Belgium, green roofs are being piloted to absorb the water from extreme rainfall and reduce the flood risk in the city in combination with mobile flood defence barriers.

In September 2019, the THESEUS project received a Horizon Impact Award for projects that have used their results to provide value for society.