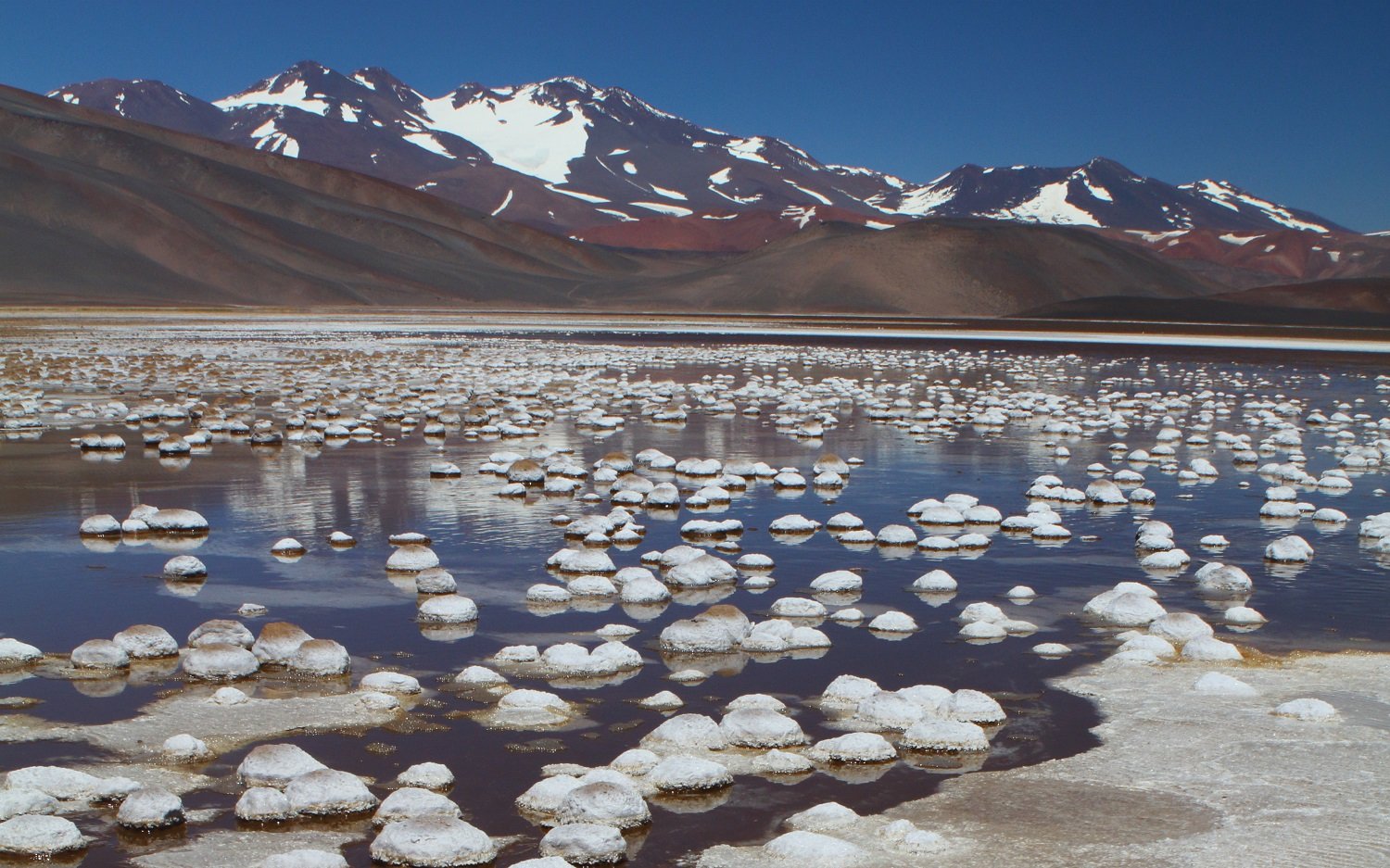 Studying environments that are similar to Mars, and their microbial ecosystems, could help prepare biologists to identify traces of life in outer space.

In some of the most remote areas of our planet, scientists are examining how life can persist in the form of tiny microbes that inhabit a niche that would be fatal to the vast majority of organisms on Earth.

Living off toxic substances like arsenic, or in oxygen-free zones, these hardy microbes metabolise food and nutrients in completely different ways from most plants, animals and humans. Some move and metabolise so slowly, for example, that until recently scientists did not even consider them to be alive.

The harsh environments where they live are similar to conditions found on Mars and other planets, and by furthering our understanding of how these microbial communities work, space geobiologists will be better equipped to identify signs of extra-terrestrial life.

Dr Amedea Perfumo of the GFZ German Research Centre for Geosciences leads the EU-funded BIOFROST project, which is investigating how organisms survive in the deep biosphere of Earth’s permafrost, where temperatures are sub-zero and there is a lack of oxygen.

‘These anoxic and frozen conditions are extremely relevant for space exploration. It’s an analogue for Mars,’ she said. ‘It’s about finding what the limits for life on Earth are under the most similar conditions to space and seeing if we can have a better interpretation of what might come out from a space mission.’

BIOFROST focused on building up a so-called on-filter analytic pipeline, where information about live bacteria, such as how many there are of which type, how active they are and how they interact with each other are extracted from the permafrost sediment and collected onto a special gold-platinum-coated filter.

‘I am supported by some of the most forefront techniques, which include NanoSIMS and nano-spectroscopy, and I hope, in particular, to provide scientific evidence to the basic functioning of a cell under such extreme conditions and how this impacts on the permafrost’s ecosystem functioning,’ said Dr Perfumo.

The permafrost microorganisms being studied by Dr Perfumo have developed unique adaptations to their freezing, oxygen-free zones. Their metabolism is so slow, for example, that it is only recently that technology has become sophisticated enough to detect that the organisms are even alive.

Ecological adaptation can come at a cost, however. Because they’ve evolved to fit so perfectly into their niche, any kind of temperature change can spell trouble for the organisms. In previous experiments, Dr Perfumo found that when the heat was turned up by only 5 degrees Celsius, the bacteria died.

This shows a very low tolerance for change in environmental conditions, unlike many other kinds of bacteria. The various species of bacteria that we tend to find at room temperatures, for example, need to be able to survive fluctuating weather conditions, whereas deep permafrost bacteria are generally guaranteed to live at constant, though very cold, temperatures.

High up in the Andean lakes of Argentina, researchers are exploring another so-called extremophile organism – bacteria that survive in high concentrations of arsenic. The World Health Organization recommends that drinking water should have no more than 10 micrograms of arsenic per litre, but these lakes contain four or five orders of magnitude more.

The conditions in fact mimic life on prehistoric Earth. ‘When you are there, it’s like you are on Earth 3 500 million years ago,’ says Dr Maria Sancho-Tomas of the Institut de Physique du Globe de Paris, France, who leads the ASLIFE project to investigate the bacteria. ‘It’s amazing. If you look at the landscape, it’s like Mars.’

On prehistoric Earth, organisms had to develop strategies to either fight or adapt to the arsenic. Microbes like those being studied by Dr Sancho-Tomas used arsenic in their metabolic systems, converting the mineral to energy, in a process not unlike the way that humans break down food.

The ASLIFE researchers are analysing earth cores by drilling a hole in the ground and extracting a cylinder of material to take back to the laboratory for further analysis. According to Dr Sancho-Tomas, the parts of the sediment from the lakes that contain arsenic can clearly be seen – they are purple, as the arsenic interacts with sulphur.

The team is also taking scrapings from stromatolites, ancient organic structures that can be billions of years old and are created by microorganisms. The samples are then taken to synchrotron facilities at the SOLEIL plant near Paris, France, to get a closer look at the inner workings of these organisms.

The idea is to establish whether certain arsenic variants – or isotopes – could be used as biosignatures – chemical indicators that life is, or was, present. If so, space scientists could look for the same signatures on other planets and infer that life existed there, even if the microorganisms themselves remain elusive.

In the process, the researchers are also coming up with new ways of transporting and examining these microbes, samples of which can deteriorate due to factors such as temperature and pressure changes. Astrobiologists will be able to use these methods to ensure that any extraterrestrial samples found will be transported back to Earth unharmed.

However, learning more about extremophiles also has practical applications closer to home. Dr Perfumo is working on adapting enzymes and molecules with slippery surfaces, known as biosurfactants, from these cold-loving bacteria to lower the temperatures needed for many commercial and industrial activities, which will be beneficial for the environment.

Dr Sancho-Tomas and her colleagues are making a high-resolution map of the distribution of the arsenic-loving bacteria in the Andes. This information could then be used to determine arsenic-contaminated areas around the world, for example in Vietnam and India.

What’s more, the bacteria they are examining could eventually be used as bioremediators – that is, natural microorganisms that clear environmental pollutants from a site. Further genetic analysis of the arsenic-consuming bacteria will be needed before the relevant enzymes can be identified for this.